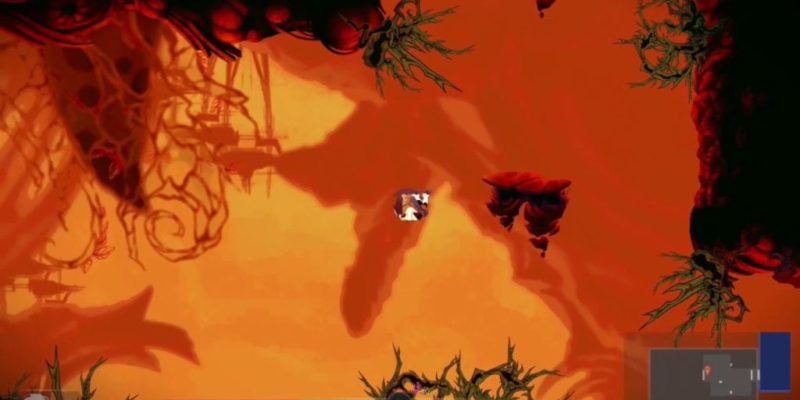 You can always rely on ancient, buried civilisations to be awash with shifting, seething, tentacled creatures of darkness, and Sundered is no exception. Thunder Lotus’ game is due for release in July, but the video below is taken from a pre-alpha build.

It takes place in Sundered’s second ‘world’, but should give a decent sense of the Metroid-ish-with-horrible-Lovecraft-nasties vibe they’re going for. Bold cavern explorer and amateur Eldritch horror enthusiast Eshe sets off into semi-procedurally generated caves, slays as many foes as possible, gathers up ‘shards’, inevitably dies, levels up with those same shards, then sets out to progress further the next time.

There are hidden rooms, shortcut doors, gigantic bosses (in theory, I didn’t reach one in the video), and more hand-drawn abominations than a random night’s browsing of DeviantArt. The Sundered Kickstarter has already met its goal, but is still ongoing for another month or so over here.