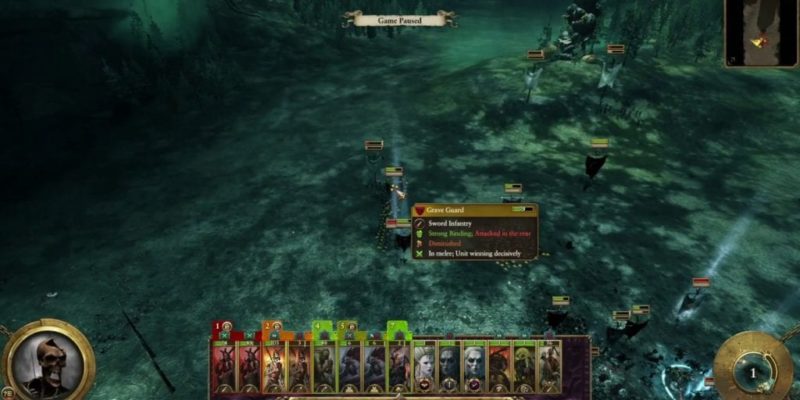 After my efforts yesterday to get the flower of Bretonnian cavalry killed in new and exciting ways, I thought another Total War: Warhammer battle might be in order. This time, it’s the game’s other notable free DLC inclusion of the week: Isabella von Carstein.

Specifically, the first of her two Quest Battles to recover some sort of magical blood chalice. You know, vampire stuff. Since all of her soldiers are already dead, it should, at least technically, be impossible for me to get them all killed in some ill-advised maneuver.

Isabella’s shambling, flapping, and groaning hordes are up against an equally smelly set of foes in the form of the Beastmen. Who will emerge triumphant? Find out, in the Total War: Warhammer footage lovingly recorded below.