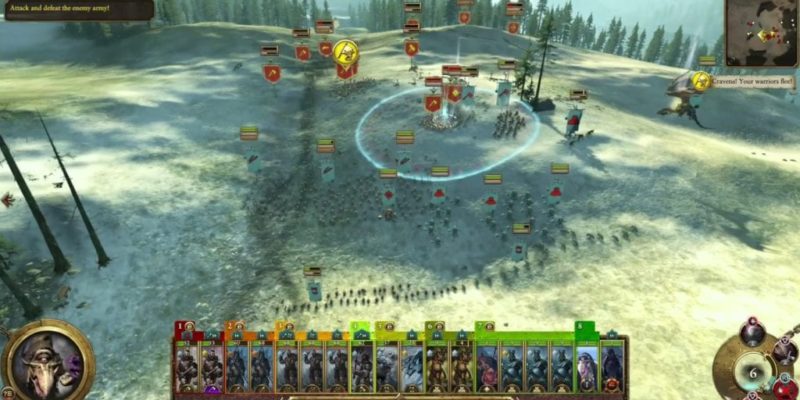 The Total War: Warhammer Norsca DLC is out later this week, and I’ve been raiding my way through a Throgg campaign. Here’s some footage from the quest battle for Throgg’s Wintertooth Crown, which involves a trip into Dwarf territory.

As it’s from the middle of a campaign this isn’t the unit composition you get if you opt to play the Wintertooth Crown quest battle straight from the main menu. The Chaos Sorcerer on a dragon is the reward Norsca/Wintertooth get for reaching level three with the Serpent God; he proves to be very helpful in this fight.

There’s no commentary besides a brief introduction after the cinematic. Battle difficulty is on Normal, which is how I get away with some sloppy play towards the end. A full review of the Total War: Warhammer Norsca DLC will be on PC Invasion in the next day or so.