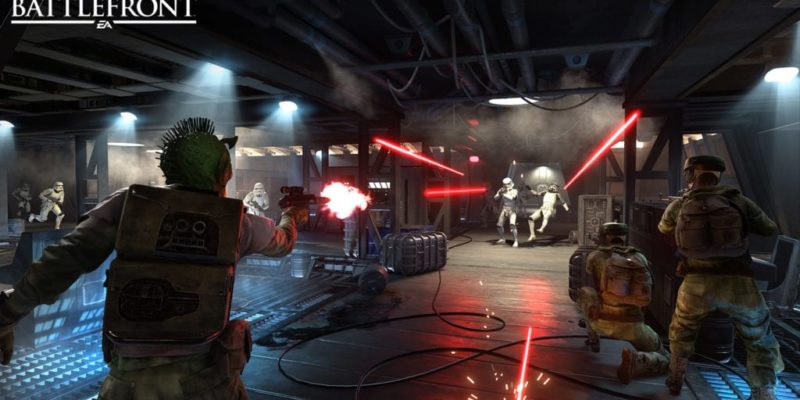 The other week, Peter Moore made some unusual statements regarding the popularity of single player campaigns in shooters like Call of Duty and EA’s own Battlefield series.

Defending the decision to publish Star Wars: Battlefront without a single-player campaign, Moore said: “Very few people actually play the single-player on these kinds of games. That’s what the data points to.”

EA clearly have access to a great deal of player data, so it’s hard to take any issue with their sample size. But if their internal ‘metrics’ really do show very few people playing the single-player portion of EA-published shooters like Battlefield, that runs contrary to certain prevailing assumptions.

Whether Star Wars: Battlefront is better off with or without single-player is a pure hypothetical (because we don’t know what that campaign may or may not have been like), but when writing about Moore’s statement I was interested to see if his claim held up. A PC Invasion poll seemed like a reasonable way to get some external opinions from FPS players.

While by no means a perfect test (our sample size here was a few hundred), it produced a pretty interesting result. 90% of people replying to the statement “Do you agree with EA’s data about “very few” playing single player in competitive shooters?” said that, actually, they did tend to play the single-player campaign.

Only 10% said they tended not to bother with it.

Again, not a perfect test, but it may indicate that EA’s data shows few people playing EA’s single-player campaigns, rather than being indicative of a wider lack of interest solo shooter activities.

Here’s how the final poll, which ran for one week, wound up: