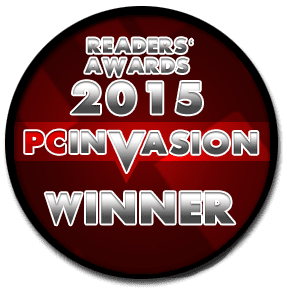 The ballots have been tallied, the trophies have been buffed (we don’t actually have physical trophies, sorry), and the weepy acceptance speeches are no doubt about to begin. Yes, it’s the dramatic conclusion of the annual PC Invasion Readers’ Awards. Eleven categories. Eleven winners.

Thanks to all of you who took part. We had (no joke) thousands of votes across these categories, and here are all the big winners. 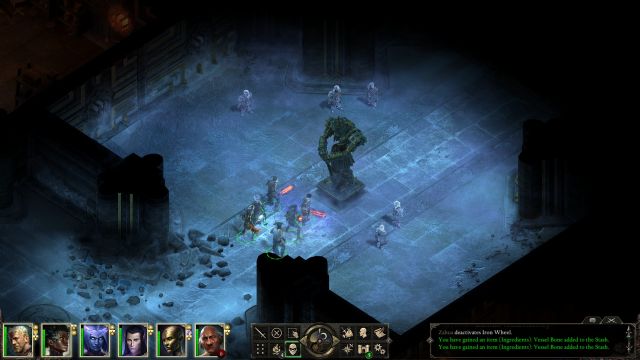 Romping home with 28% of the votes cast in this category, our readership has once again opted for a traditionally-minded RPG to take home the ‘Best PC Exclusive’ prize. Last year it was Divinity: Original Sin, this year it’s Obsidian’s crowd-funded (and by most accounts developer-saving) title Pillars of Eternity.

Inspired by the Infinity Engine games of yesteryear, but with a rule-set and world created by Obsidian’s talented staff, Pillars of Eternity tackled themes of colonial history and soul-manipulation in a land where the physical manifestation of ‘souls’ is accepted scientific fact. It also let you gather up a ragged party of misfits and biff a whole lot of bandits and creatures in the face (or whatever they have in place of a face).

Traditional party questing in a unique realm were its great strengths, and make it a worthy winner of this award.

A notable mention to Cities: Skylines, which ran Pillars fairly close (with 20% of the final vote), and obviously had a lot of supporters out there too. 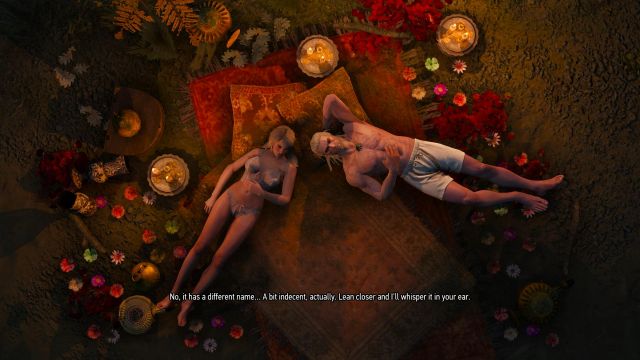 Top of the multi-platform pile was The Adventures of Geralt and His Incredible Missing Shirt. Or The Witcher 3, as some like to call it.

CD Projekt Red weathered a bit of a ‘graphics downgrade’ backlash on PC, but thoroughly delivered on the promise of taking their series to a truly open world. While it’s accurate to say that The Witcher 3 was scaled back from its initial footage, its bountiful environments were still awfully attractive. Especially if you enjoy the sight of swaying foliage.

By writing actual characters with problems, vices and (sometimes) sympathetic flaws, rather than popping up Mr Quest Giver Man #17, The Witcher 3 managed to pump considerable life into the old go-here-and-do-a-thing RPG quest system. After doing the “Bloody Baron” quest-line, or sorting out the business on Fyke Island, most players are likely to be hooked.

If they’re not too busy shaking down merchants for rare Gwent cards, that is.

Open world RPGs were popular in this category, as Fallout 4 wound up in second place with 29% of the vote. The Witcher 3 won it with 40%. 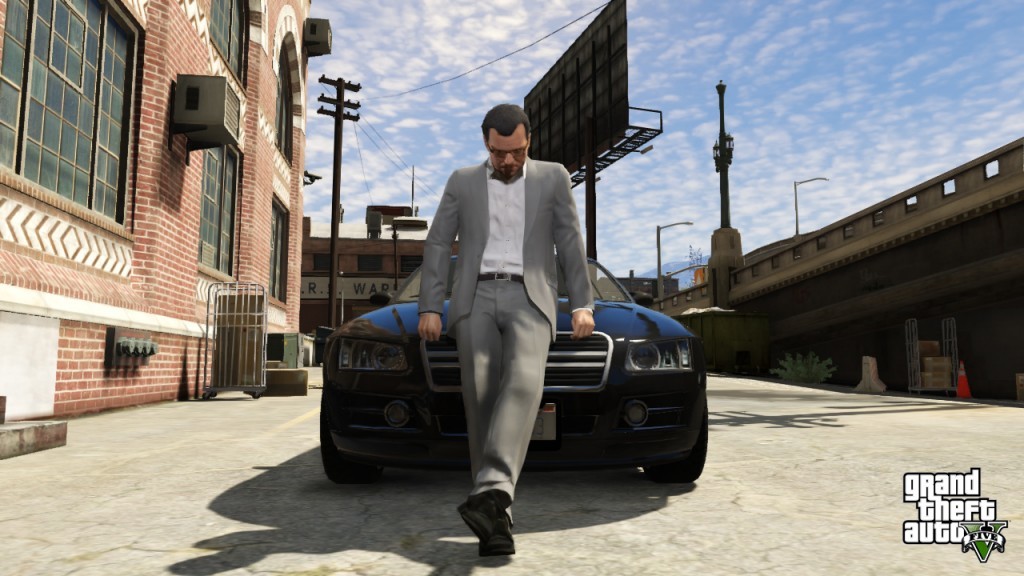 Despite some stiff competition in the form of rather good PC versions like Metal Gear Solid V and Mad Max, Rockstar’s Grand Theft Auto V sped away with 50% of the vote and the “Best Port” award. It took its sweet time getting to the PC, but the transition was worth the wait.

It had an uncapped frame-rate, wide-ranging resolution support, scalable options galore, and appeared to be pretty well optimised to boot (it ran pretty well on my old PC, anyway). Even the mouse and keyboard controls were alright. The PC release even had some (at the time) unique goodies like a fully customisable radio station for all your favourite hot/terrible tunes. Granted, this … caused some unfortunate stuttering in the game, but no port ever ends up perfect.

Yes, to the surprise of absolutely no-one, it was a landslide victory (77%) for Rocksteady/Warner Bros./Iron Galaxy’s spectacularly awful Batman: Arkham Knight PC release. What was surprising is just how badly this went wrong (after all, prior Arkham PC releases had been relatively decent).

A 30fps lock (despite an Nvidia tie-in video issued prior to release showing 60fps), the world’s most misleading benchmark tool, awful stuttering (particularly when driving the Batmobile), texture pop-in, textures that never popped in and just remained blurry, horrible performance on powerful hardware, horrible performance on most hardware, and a whole other cacophony of problems eventually resulted in the game being pulled from sale for several months.

When it returned, it was accompanied by an admission that some of these issues may never actually be resolved.

Batman: Arkham Knight is a game so broken on PC that it’s still possible to get a no-questions-asked refund for it to this very day. An absolute disaster from start to finish.

Since it swooped down and collected “Best PC Exclusive”, it makes considerable sense that Pillars of Eternity also picked up this award for Best Released Crowdfunded Project. 35% of you wanted to commend Obsidian for how they ran their Kickstarter campaign, and for the game that resulted from all that lovely backer cash.

As mentioned in the Best Exclusive blurb, and expanded upon in detail in the documentary The Road to Eternity, this game effectively brought Obsidian back from the brink of some very difficult financial circumstances. They’re one of the best RPG developers we have on PC, so the crowdfunding campaign deserves some major plaudits for propelling them into a brighter future.

… Oh fine, I’ll try a bit of analysis. This was the widest margin of victory in any category (even beating Batman: Arkham Knight’s commanding dominance of the Awful Port category), and Steam ended up with 81% of the vote. It goes to show that no matter how frustrated people may get with Steam’s changes to things like Trading, or the dwindling excitement at the words “Steam sale”, Valve’s platform still beats out all the rest in terms of sheer volume of games and features.

GOG picked up a respectable 18%, but GOG Galaxy clearly has a fair way to go if it wants to win the hearts of the PC mainstream.

A shining example of the PC Invasion readership’s general cynicism (or perhaps ‘cautious rationality’) here, as the “none of the above” option (44%) managed to beat off competition from the Oculus Rift (36%).

Mind you, if 36% of the people who have any interest in PC gaming end up picking up a Rift, Oculus will end up very satisfied indeed.

For what’s still a fairly niche (and expensive) piece of kit, more than half of the responding voters expressing some sort of faith in at least one of the VR devices shows it may well have a strong future among enthusiasts. Time will tell.

Or it might just end up a passing fad, as predicted by an awful lot of you.

This category garnered the fewest number of votes overall, perhaps due to the more obscure nature of some of the entries contained within. In the end, Dragon Quest Heroes (28%) edged out Final Fantasy Type-0 HD (24%).

Square’s collaboration with Koei on a Musou-like Dragon Quest title looked quite likely to be a PS4 exclusive, so it was something of a nice surprise when a PC version emerged earlier this month. I’ve got a soft spot for the absurd alt-history, trash rock guitars, and hundred-soldier-slaying-slash attacks of the Warriors games, so getting an alternative (more tower defense focused) take on that theme with Dragon Quest atmosphere and party-like character swap mechanics was alright by me.

Not much of a contest here, as Dirty Bomb blew away (sorry) the other contenders and scored an explosive (again, sorry) 74% of the vote. I’ve never actually played this game (or any of the titles in this category actually, aside from 20 minutes with Heroes of the Storm), so I don’t have much of value to add.

You guys obviously liked Dirty Bomb a lot, so well done to Splash Damage. Handshakes, drinks and claps all around.

Just 16% of the total vote was enough for Blizzard’s Team Fortress 2-esque shooter to top a very tight, very congested field (in part because there were so many choices). It probably didn’t hurt that this title was one of the few that people have already been able to play. We can only guess what Deus Ex: Mankind Divided or Dishonored 2 might end up like, but Overwatch has had a pair of recent (albeit closed) beta sessions.

In a very close race for second and third place, XCOM 2 came out just ahead of Mass Effect: Andromeda. They both got around 12%. 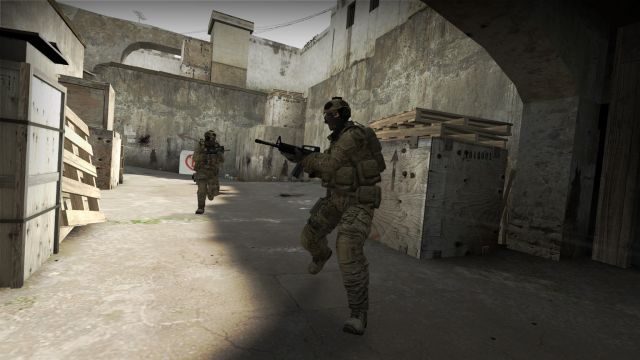 Much like the Free-to-Play award, I don’t have a huge amount to contribute here. DOTA 2 is probably the only eSport I’ve really watched for any appreciable length of time (in part for an article about whether The International’s ‘newbie friendly’ stream was up to much), so I’ll just take it on the authority of our readers that CS:GO provided some majestic eSports viewing moments throughout 2015.

Valve’s venerable series won with 35% of the vote.

Thank you once again to everybody who took the time to vote, and hearty congratulations to all of our winners.

Deck13’s The Surge gets new shots and details