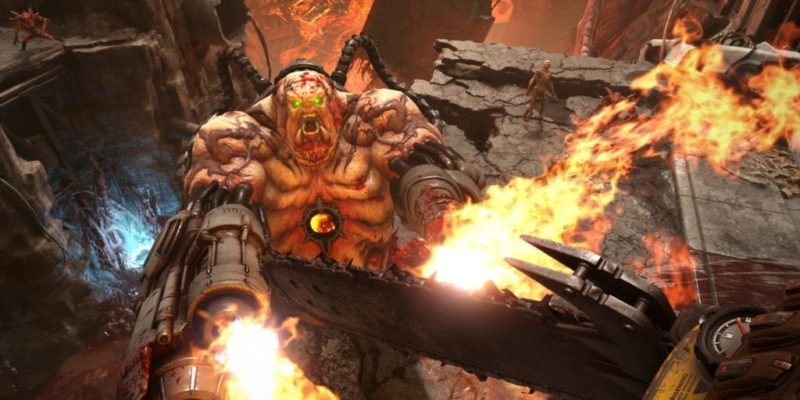 With the end of every great year of gaming, one question remains firmly on our minds: what the hell is next? The year 2019 brought us some instant classics, such as Sekiro, Outer Wilds, and Disco Elysium (watch out for fans). With those now firmly in the annals of great gaming history, we must look forward for new games that could be included in list when the following year comes around. Or, if you’re like me, they’ll be more games to hurl onto your ever-expanding backlog. I should really get around to actually playing the games I buy.

There are already some great-looking games coming to us in 2020. And most of them are all seemingly coming out before May. No, seriously. Dragon Ball Z: Kakarot, Cyberpunk 2077, Doom Eternal, Ori and the Will of the Wisps, Half-Life: Alyx, and more will all release before summer. Some of us may have to sell bone marrow just to avoid waiting for the eventual Steam sales of these games. Unsurprisingly, some of the games I’m looking forward to the most in this list are launching early next year. With that out of the way, let’s take a look at what my top picks are for 2020.

I would have added Doom Eternal to my 2019 picks, but I went with Shenmue III instead. Well, I’ll consider myself fortunate, as it would have been the second game of my list that missed the 2019 window. Instead, the game was delayed from November 2019 to March 20, 2020. With that, I’ll gladly, happily include it as one of my anticipated picks for next year.

Why wouldn’t I? Doom Eternal is the hotly anticipated follow-up to one of 2016’s greatest games: Doom. And let’s be honest, it was one of the best shooters of the last decade. Doom was raw, violent, in-your-face action stylized by the speed and simplicity of id Software-era ’90s shooters. Doom Eternal looks to be everything that made the original great, plus it gives you a shoulder-mounted weapon and a big-ass glowing sword. Where in the Hell to I sign?

Perhaps it was wishful thinking on our part when we speculated that Cyberpunk 2077 would launch in 2019. There had been hints leading up to the reports, but it wasn’t until E3 this year when developer CD Projekt Red let the Keanu out of the bag: Cyberpunk 2077 will launch on April 16, 2020. If I did choose Doom Eternal for my picks last year, this would have been the second game on my list that didn’t land in 2019. I’m glad I chose Shenmue III — which reminds me, I need to go finish that. God, I suck.

Everything I boasted about Cyberpunk 2077 in my picks last year still rings true. I can’t wait to travel its grimy streets, get into shootouts with cyborgs, and try to make a living under the boot heel of mega corporations. Except now we know we have the opportunity to partner up with Johnny Silverhand, played by Keanu “The Breathtaker” Reeves. Is it possible to get more excited for a game by the inclusion of one person? Well, if that person is John Neo Wick, then yes, obviously.

It wasn’t easy being a Halo fan back in 2015. Halo: The Master Chief Collection released to Xbox One riddled with bugs and other issues in 2014. The following year, Halo 5: Guardians dropped with an audible thunk. And while I am one of many defenders of Halo 4, it was difficult even for me to justify Halo 5‘s convoluted mess of a plot. But a Halo fan’s gotta Halo fan, and I still looked forward to seeing what developer 343 Industries was cooking up next. I didn’t expect a Halo: CE retread.

Indeed, Halo Infinite (really, Halo 6) looks to take a step back from the fifth game’s course. The franchise returns to the bright, colorful visuals of the rolling green hills and discarded Forerunner structures of Halo: Combat Evolved‘s ring world. To be fair, a return to form may be the reset the series needs after Halo 5 sort of shit the bed.

We haven’t gotten even an ounce of gameplay since Infinite‘s reveal during E3 2018, but I’m still looking forward to the Master Chief’s next adventure. The good news is that while it is heading to Xbox, the game will also release on PC, following up on the Halo: TMCC port. And unlike in 2014, The Master Chief Collection, with Halo: Reach, turned out much better. Could this be the new year of Halo? We have until holiday 2020 to find out.

I still remember my halcyon days as a greasy-faced youth burning hours grinding away in Phantasy Star Online on the Dreamcast. The game’s follow-up Phantasy Star Universe failed to recapture the joy and magic of the 2000 ARPG classic. Phantasy Star Online is cemented in gaming history as one of the best Dreamcast games, and an influential part of its genre. And I have been waiting more than seven years for its sequel to cross the Pacific.

Phantasy Star Online 2 has been available in Japan since 2012. I’ve been waiting so long for the game to come West that, before it was announced for Xbox and PC this E3, I nearly forgot it existed. The reveal rekindled the dimming embers, and now I’m counting the days for it to show.

Some may argue that it’s too late for the game to find its footing outside Japan, but those thoughts don’t irk me. When the game finally arrives on PC next year, I’ll be there, watching the progress bar slowly tick away as it downloads. Microsoft and Sega have teamed up to bring home the sequel to one of my favorite games of all time. You bet your sweet Rappy I’ll partake — it’ll be like Resta for the soul.

In retrospect: Man of Medan, Anthem, Total War: Three Kingdoms – How did my picks of 2019 fare?