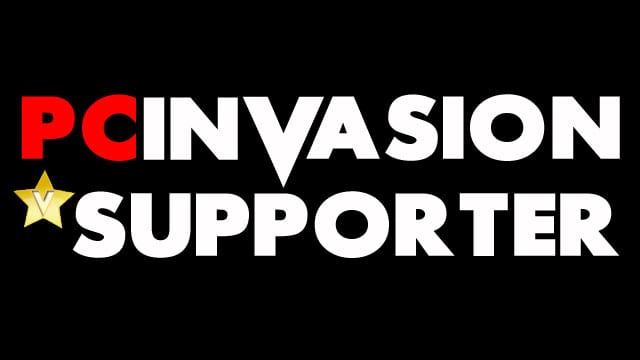 You asked for it so here it is. Today we opened the PC Invasion Supporter scheme which gives our illustrious readers the opportunity to directly support the website. So what is it?

At PC Invasion we pride ourselves on quality independent PC gaming coverage and we want to give you even more. We have created the supporter scheme so you can help shape the content and, if you hate ads, then you can now support us directly without having to ever see them. Sure, we know many Intertube users block ads anyway, but it’s how we primarily fund the site. Now with this new system you can actively support the site.

Our plan is to provide supporters with extra content ahead of it being available to everyone else, and also let supporters have a say in what coverage appears on PC Invasion. We also think it’s only fair that we give our supporters a few extras too such as priority access to competitions and key giveaways.

The PC Invasion team would love to do away with advertising in the future and be able to keep the vast majority of the content free. Your support takes us one step closer to achieving that goal.

We would like to thank everyone for their support since the site launched in 2015. You can now help us shape the future of PC Invasion.

If you want to join as a supporter you can do so from the page linked below. You can manage your supporter account from your site profile page so make sure you have an account setup.