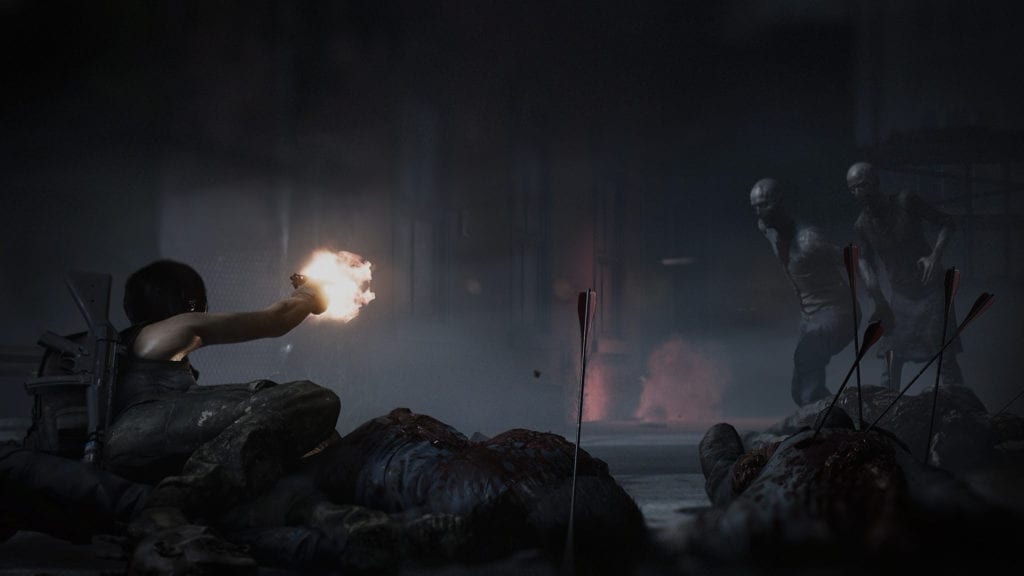 This week in PC game releases (November 5 to 11), we’re shining a spotlight on Overkill’s The Walking Dead, the submarine historical adventure Kursk, the return of Leisure Suit Larry, and more.

Don’t forget, for those who are looking to check out the launches further ahead, you can always browse our updated PC game release date list. 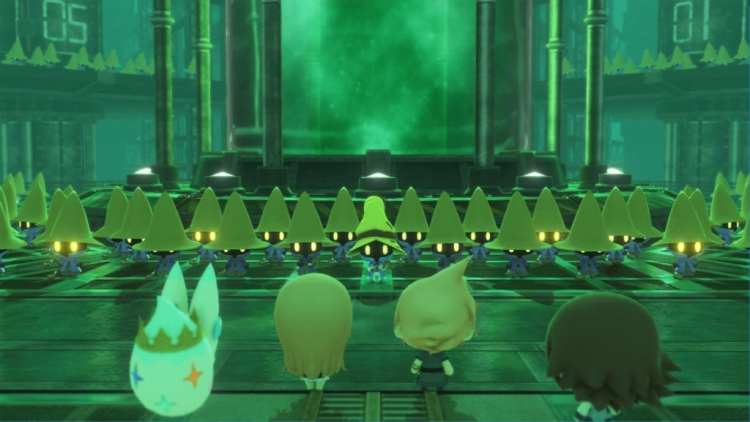 Our week starts off with an upgrade (or expansion, enhancement, and re-released version) for World of Final Fantasy — it’s another spinoff for the popular Square Enix franchise that proves that no fantasy was ever final. The original game released in 2016; it has been well-received despite not being one of the major or numbered titles in the series.

In World of Final Fantasy, you control two characters — Lann and Reynn — as they embark on their adventure. The first thing you’d notice would be the art design. Everything just reeks of cuteness reminiscent of classic Final Fantasy sprites. As for the gameplay, think of it like Pokémon. You collect Mirages (basically monsters from past games in the franchise). You stack them while exploring and use them to battle other Mirages that you can also capture. There are also Champions which are Final Fantasy characters such as Cloud Strife, Squall Leonhart, and Lightning.

What the Maxima upgrade does is that it adds new Mirages and Champions, even allowing you to turn into one of the classic Final Fantasy heroes via the Avatar Change system. You could, say, play as Cloud and use some of his skills; even the music and sound effects would change to match that character. There are also a number of references to past titles. Given that this is a spinoff, it’s not your normal “take themselves too seriously” sordid affair for a Final Fantasy game. It has more fan service and tends to be a lighthearted romp.

Note that you need the original game to be able to download World of Final Fantasy Maxima. What does seem strange is that the Steam page still hasn’t been updated with additional news? They haven’t even mentioned the price for the Maxima upgrade yet. Estimates seem to be around the $17-20 mark, however. Another information you might want to be aware of is that the original game ran well in our technical review. We did note, though, that it was a fairly barebones port.

From a glance at gameplay videos, Overkill’s The Walking Dead looks like the co-op zombie apocalypse FPS that a lot of folks might enjoy. The action is well-paced, key moments are tense, you’re going up against insurmountable odds, and you’re mowing down hordes of undead — what’s not to like?

Well, first and foremost, the main turnoff that some prospective buyers might have is the pricing point. Overkill’s The Walking Dead is priced at $59.99 — that’s triple-A pricing right there. Past gameplay videos and streams have also shown that there are some issues with the graphics and animations, so we’re hoping Overkill have added a bit of polish given the release date.

If you are interested in the game, you might know that it comes from the developers of Payday. That frantic co-op shooter has amassed a huge following among FPS fans and Overkill is looking to replicate that success in The Walking Dead’s universe. Robert Kirkman the creator of the comics, even served as an advisor.

Overkill’s The Walking Dead will have skill trees for its playable characters. Likewise, if you’re thinking it’d just be another Left 4 Dead clone, you’ll be surprised that it’s quite different. For instance, you’re not just fighting undead, you’re also going up against vicious human survivors. Similarly, if you try to just do an arcadey hop-and-shoot around type of deal, you’ll probably end up dead because even regular infected can kill you or attract an entire horde. There will also be post-launch content and even daily missions which provide for a more RPG feel than a typical shooter. 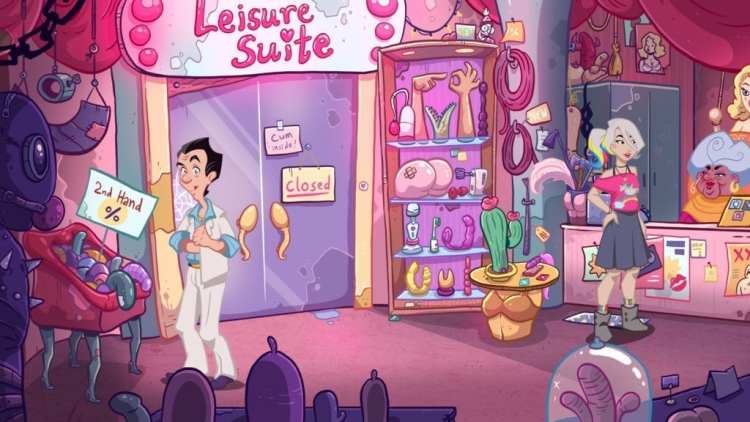 Leisure Suit Larry has been around since the late-80s. The series’ protagonist has often been known as one of the biggest video game perverts or sleazeballs, and developers have ridden on that success over the years. Puns, sexual innuendos, and double entendres abound as your character tried to seduce women and live on the wild side.

Unfortunately, times have changed and Larry Laffer now has to adjust to the modern age of mobile dating and millennial terms. In some ways, we could tell that the developers have thrown in some humor in that regard. The game’s Steam store page actually has this description:

Wow, how the world has changed! While my view of the world and women from way back in the 1980s collides with modern reality harder than the breasts of a lusciously stacked blonde jogging along a beach, I’m all set to date my way across the modern world!

Larry encapsulates the stereotype of someone that many would consider a creep. The question is, will his type of humor elicit laughs and giggles? Or will Wet Dreams Don’t Die prove that the world has passed him by? 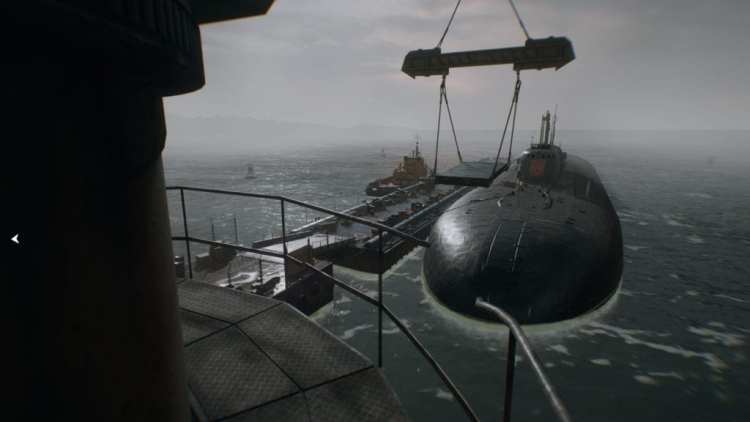 On a cold April morning in 2000, the K-141 Kursk, a Russian nuclear submarine, sank in the Barents Sea. All 118 souls were lost. Investigations and a relief effort went ahead, yet the rest of the world barely noticed the details. Then came Jujubee’s project — Kursk — which aims to have players relive that disaster through the lens of one of the submarine’s unfortunate crewmen.

The developers claim that it will be an “adventure-documentary game” where you could explore various nooks and crannies of the nuclear sub. You can meet other crewmen, as well as solve some in-game puzzles. Inevitably, the disaster hits and you need to rely on your wits and exploration skills to survive. It seems like an interesting take on a historical event. The only question is if many will be receptive to it and if Jujubee can deliver on the gameplay aspect. 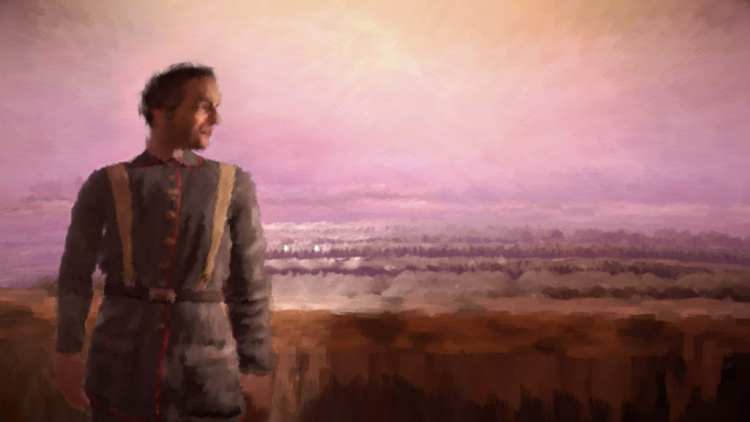 “On the 11th hour on the 11th day of the 11th month” is a phrase that brings shivers to the spine.

To understand its significance is to understand the tragedies that befell countless millions during World War I. Dubbed as “The War to End All Wars,” it did no such thing. In fact, it even led to more conflicts around the globe. The hopes, dreams, and youthful bravado — that notion that “war was a gentleman’s game” and “war was chivalrous” — were all trampled in the mud at No Man’s Land, the extreme cold of the Alps, the deserts of Anatolia, and the forests of Eastern Europe.

Many games tried to tell this forgotten tale of the First World War — from the emotional gut-punch that was Valiant Hearts: The Great War, to the AAA-presentation of Battlefield 1. In that regard, 11-11: Memories Retold will follow in those footsteps. It will be released just a couple of days shy of the centenary of the 1918 Armistice.

The game will tell the story of two men on opposing sides of the trenches; both wish to preserve their humanity in one of the most brutal conflicts in history. As you can see, the art design is vastly different from many games on the market. After all, Wallace and Gromit creators Aardman Animations had a hand in development. Likewise, 11-11: Memories Retold will have a charity DLC that supports the War Child UK foundation.

Next week we’ll see the return of Agent 47 in Hitman 2. Likewise, you’ll probably want to relive the classics with Underworld Ascendant and The Settlers Collection. You’ll also get to check out the servants of the Omnissiah in Warhammer 40,000: Mechanicus. The early access for Deluxe Editions of Battlefield V will also begin. Ah, I think that’s it.

Oh yes, there’s this game called Fallout 76 which you might’ve heard about, so stay tuned.

There Are Already Mods For Fallout 76 Beta

By Janzel Sandejas3 days ago
Features