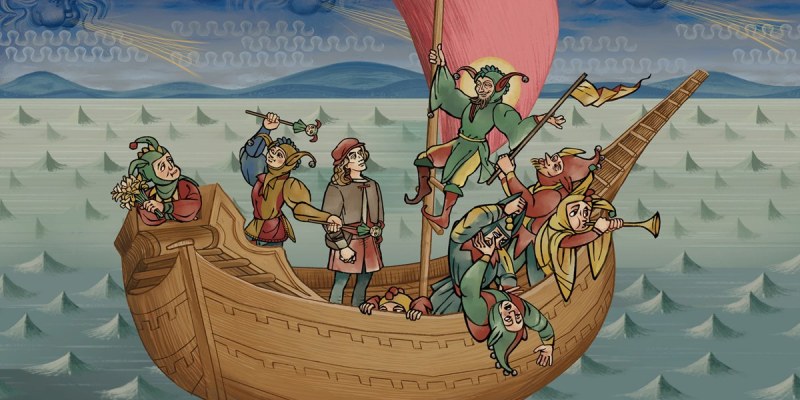 The world “pentiment” refers to “a mark left by an earlier painting that shows where an artist made changes.” If you have a keen eye, you’ll notice these tiny details, implying that the artist originally had something else in mind. That brings us to Pentiment, a murder mystery game from Obsidian Entertainment.

There’s not a lot we can divulge, as providing too many specifics would spoil how the story goes. However, it’s clear that Pentiment is an intricately crafted offering, one that manages to captivate in spite of some glaring flaws.

Pentiment puts you in the shoes of Andreas Maler, an artist who’s been commissioned to do work for Kiersau Abbey, located in the small town of Tassing in Bavaria. It’s the 16th century, an age of religious strife and turmoil. Martin Luther’s Ninety-five Theses has spread all over the country, throwing the church’s authority into question. All the while, peasants toil under oppressive lords and clergy.

Still, the matter that concerns the people of Tassing at that very moment is a murder. This is where Andreas comes in. Desperate to prove his friend’s innocence, he must now question the townsfolk in an attempt to find the real killer. 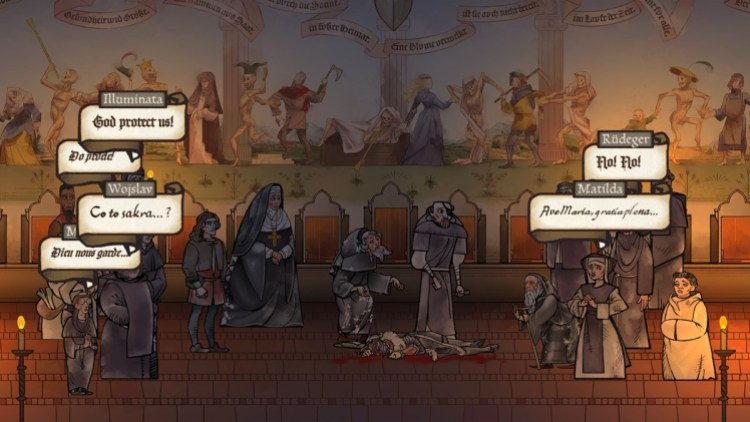 The first thing you’ll notice when playing Pentiment is its art style. This is far different from what you’ve come to know from developer Obsidian’s previous works, especially the projects helmed by Josh Sawyer (i.e., Icewind Dale II, Fallout: New Vegas, and Pillars of Eternity). Eschewing fantasy, magic, and post-apocalyptic landscapes, Pentiment sticks to more grounded themes centered on history. And it does so with sheer brilliance.

When looking at the narrative arc, mystery, and time period, one can think of a game heavily inspired by “The Name of the Rose” written by Umberto Eco. As for the art style, you’ll notice a design akin to manuscripts, illustrations, and paintings from the Late Middle Ages to the Renaissance period. Characters are drawn vividly, and the written text differs depending on the types of people you’re talking to. A noblewoman might speak to you showing softer flourishes, whereas responses from the authoritative members of the clergy have imposing Gothic script. Certain words and phrases are also highlighted, allowing you to open a separate tab with additional info or drawn caricatures.

The experience is quite dazzling, like watching characters and text leap out from the pages of a book. It’s even surprising considering that the entire campaign takes place in a single town and its abbey. 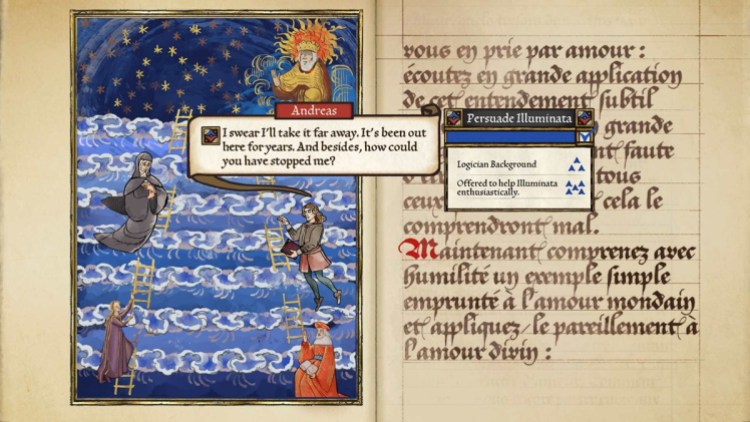 The game is afoot

Pentiment is largely a narrative and choice-driven game. As Andreas, you visit different areas of Tassing, talking to villagers to obtain more clues or just helping them get by. Likewise, there are mini-games, which aren’t particularly skill-based, so you don’t need to worry about failure. Also, you can go around petting cats and dogs, which is always awesome.

Speaking of the choices, the first key instance is when you select your background (i.e., where you originally worked, what you studied, and so on). In turn, you’ll receive additional dialogue options. Some will help you discern what truly happened, while others aid you in convincing someone to divulge what they know.

From there, you continue with the investigation within the timeframe (i.e., within two days or by sunset). Major actions, such as sneaking around to follow someone or helping a widow with her chores might take up the entire afternoon. Additionally, there are moments when you have to find people to eat with (coincidentally learning more about the setting), and sleep. Once you reach the deadline, it’s time to present your conclusion. 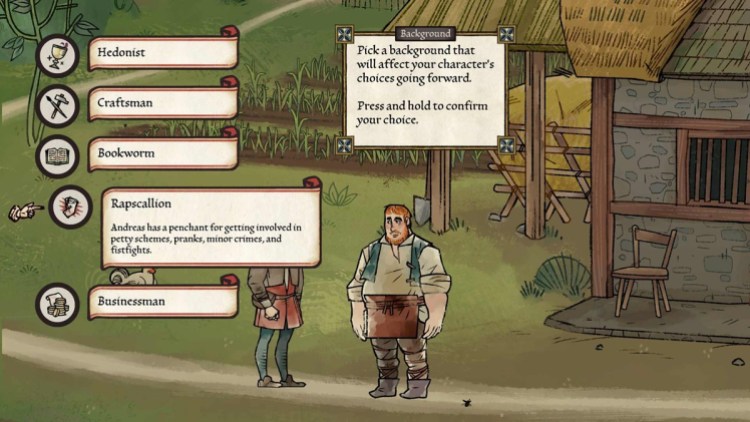 This is where Pentiment truly shines. Your decisions not only affect Andreas and his investigation, but also the townsfolk. Remember, this is a small village where everyone knows each other, so accusing a certain person might lead to grave ramifications for that individual’s family. As this is the 16th century, you can’t expect surveillance or DNA matches. Sometimes, it’s enough to ascertain a motive and have a simple suspicion.

Therein lies the moral choice. Will you condemn someone to a gruesome execution just because they treated you poorly? Will you present the truth in the most open or unbiased manner, regardless of who might suffer?

Moreover, the narrative spans almost 20 years through three acts. The consequences of something that you chose early on might be seen later in the game. For example, telling the adjudicator about someone’s secret might cause their banishment, whereas keeping quiet would mean that they live a happy life with their loved one. Another example is having a sinful tryst with one of the nuns in the convent, whereupon you’d find out if that fateful night bore fruit. Similarly, there’s the concept of watching the village develop or seeing the children grow. I even chuckled when I saw that two characters ended up getting married in the end. 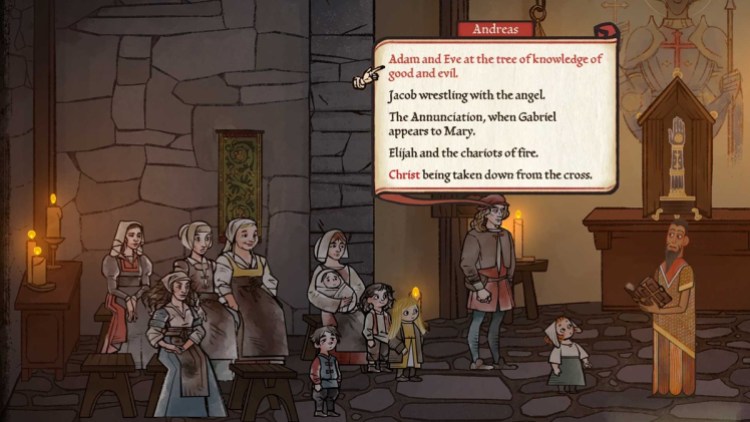 Evidently, Pentiment does have some shortcomings. The first is how conversations are presented in smaller bits (i.e., a couple of sentences per character as they go back and forth). Don’t get me wrong, I do love reading articles and books. But, when you have thousands of lines, and you’d have to click each and every single time, it does become tiresome. It also bears mentioning that the game doesn’t have voice acting, barring a couple of occasions where people sing.

The second is a rather glaring conclusion during the second act. Without spoiling all the details, there was a villager who told Andreas about a suspicious individual. When time came, I decided to accuse that individual, only to realize that the villager said they were under his protection. It was quite jarring, as it seemed as though the latter portion of the game wasn’t as fleshed out as the initial stages. 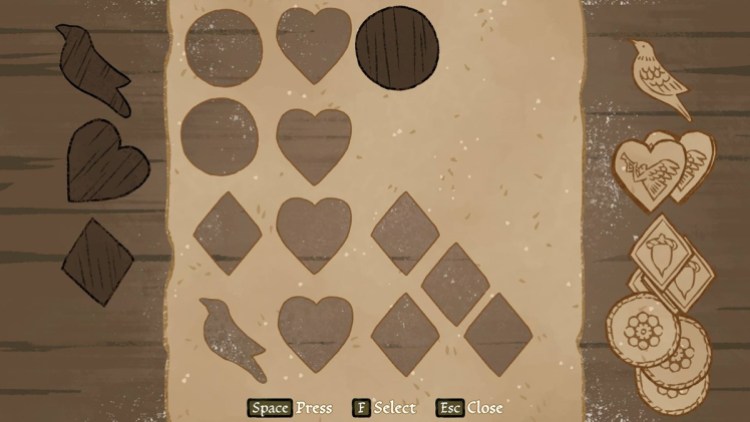 Lastly, perhaps the most detrimental factor is the use of a single autosave system. In a narrative-driven game that relies heavily on choices and outcomes, there must be a method that allows the player to recheck and redo their selection. From horror games with a “Death Rewind” mechanic to Obsidian’s own RPGs that let you save-scum and reload to your heart’s content, the options are there in case you want to see another result

Pentiment doesn’t have any of those, so your only option is to start a new game to see how things would’ve turned out differently. Sadly, while the campaign isn’t particularly lengthy (i.e., roughly 10 hours or even less), it doesn’t necessarily warrant a full replay. 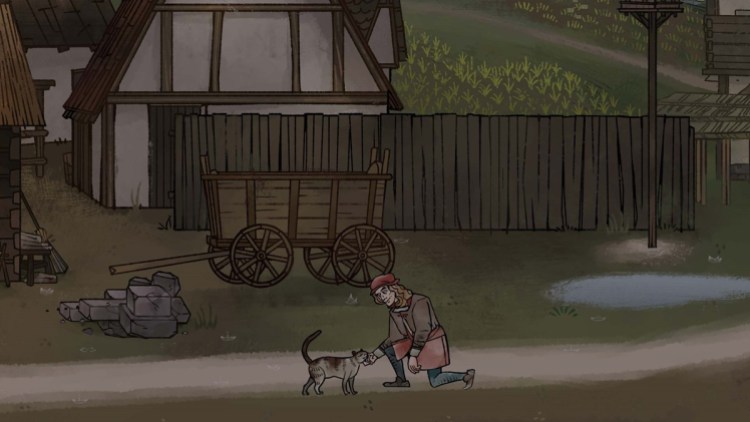 Pentiment's vivid art style, tight narrative, and choice-driven gameplay are a treat to experience. However, the restrictive save system and constant clicking to finish dialogue conversations can be detrimental to your enjoyment.

By Dani Maddox8 hours ago
Reviews