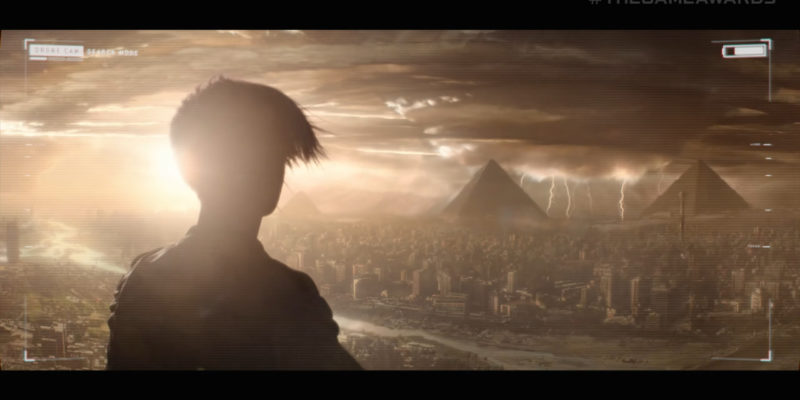 Two years ago, Microsoft announced the forming of several new studios, as well as outright buying several others. One of those new studios was The Initiative. After years of rumors and speculation, the team at The Initiative has revealed that its first game is the next entry in the Perfect Dark series, simply titled Perfect Dark. The following trailer was just dropped on The Game Awards tonight.

The last entry in the Perfect Dark series was Perfect Dark Zero, way back in 2005. It was also one of the launch titles for the Xbox 360. While not a critical or commercial success, the strength of the original Nintendo 64 classic still carries the love of the series forward. Not much information was given about the game beyond what is seen in the small developer interview before the trailer and the cutscene that followed it.

We do see the dataDyne logo, which is the big evil mega-corporation that serves as the series main antagonist. The trailer ends on a shot of series protagonist Joanna Dark. The team emphasizes the game’s themes of “eco sci fi” but we do not get to see any gameplay, unfortunately. It is also unclear where in the series’ timeline this game takes place.

Where are the Aliens?

A new entry in the Perfect Dark series has been rumored for years but nothing had materialized until The Game Awards tonight. A Perfect Dark Twitter account was made way back in June, along with one for Fable. Microsoft tried to downplay this but after Fable 4 was announced earlier this year, we should have seen this coming, honestly. Since The Initiative is a Microsoft owned studio, Perfect Dark will definitely be coming to Xbox and PC sometime next year in 2021.

Hopefully this also means other properties from Rare have a chance at coming back, like Killer Instinct and Banjo-Kazooie. Look, all I am saying is that we better see Elvis make a comeback as well, and he better still be rocking that American flag tank top.

Century: Age of Ashes announced, will be free-to-play in February