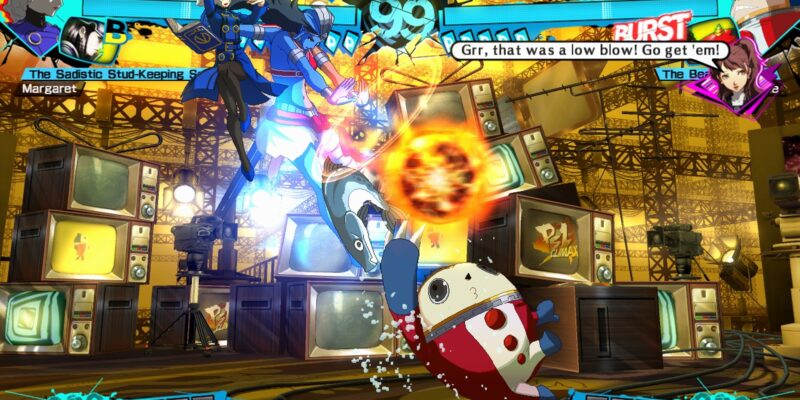 Never forget how you were born and raised. As a member of the anime fighting game community, there aren’t many of us who haven’t heard of the chaotic Persona 4 Arena Ultimax. This game is based on the popular JRPG Persona series, and features a crossover between beloved characters from Persona 3 and Persona 4. A namestay in the anime FGC, fans of the game have been hoping for a PC port of the game for a long time.

The Persona 4 Arena Ultimax Steam port will also use the updated second version of the game. Arcades in Japan had a special balance update, which featured major balance changes to how certain characters worked. This version never saw an official release on the West, but this updated port will finally bring this version here. I know I’ve waited for this version for a very long time, and it’s exciting to see it finally arrive.

The package will include the fighting game, all previous DLC characters (Marie, Margaret, Adachi), and two Story Modes for players to enjoy. One will feature the original story found in the first game, Persona 4 Arena, and then the second will feature the story in Persona 4 Arena Ultimax. Both are enjoyable for those who are fans of the Persona series, but it doesn’t amount to much aside from fanservice.

One elephant in the room that I hope will be addressed soon: rollback netcode. It’s hard to imagine this game wouldn’t feature it, as older Arc System Works’ Blazblue: Central Fiction and Blazblue Cross Tag Battle are getting rollback. But I won’t be disappointed if it doesn’t happen, since I’ve already prepared myself. This announcement was a part of Persona’s 25th anniversary, which promises tons of future announcements later.

Persona 4 Arena Ultimax will arrive on Steam in March 2022.

The Lord of the Rings: Gollum trailer sheds a light on both of his personalities