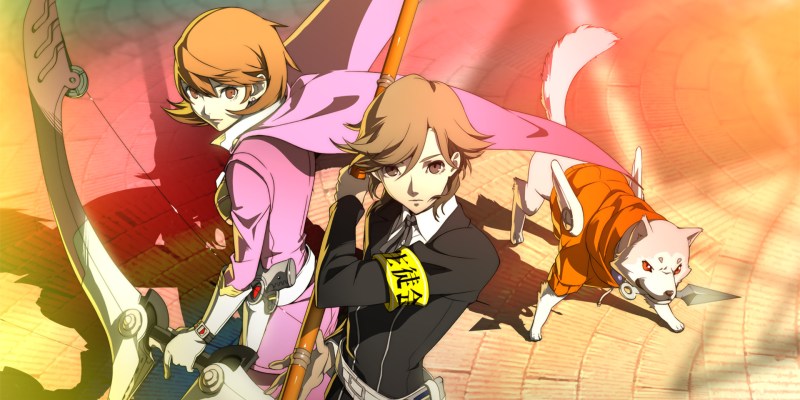 I consider Persona 4 Arena Ultimax to be one of the cornerstones of my gaming career, oddly enough. More than often, I joke that I was born and raised by this game. But there is a truth to the sentiment: Persona 4 Arena Ultimax gave birth to my love for fighting games. I know plenty of other people in the same position, as the Persona 4 spin-off mostly appealed to my love for Persona 4 Golden. But what came from my simple wanting for more Persona 4 content was an introduction to a vast and wonderful genre of gaming. Hours and hours were spent grinding in the training room, trying to perfect that elusive and difficult combo, or working on tech that I could spring onto my opponents.

And Persona 4 Arena Ultimax is a loyal game. I won’t call it anything more than the niche outing into the fighting game community that it is, but the fans are nothing but dedicated. Content creators continue to post videos on this anime-inspired arcade fighting game released nearly a decade ago, and they still manage to reach an audience of thousands. So when the announcement that Persona 4 Arena Ultimax would come to Steam in a port, I ran out into the streets and heard the church bells ring. It was an announcement that blindsided, overjoyed, and reaffirmed my love for the easy-to-learn yet hard-to-master fighting game.

A good time for a port?

The presence of this port also warrants a little history lesson. Right before Persona 4 Arena Ultimax would make a triumphant appearance in EVO 2015, there was also news of a new major balance update in Japan. This update would not make it in time for the world’s biggest fighting game tournament, meaning Japan and America were playing two different games competitively. It was a depressing development in the game’s lifespan, and one made worse when the balance update wouldn’t make it overseas at all.

The Persona 4 Arena Ultimax port brings us this new balance update, simply known as 2.0, featuring major changes to the cast and bringing previous paid DLC to the game for free. But this port echoes the tribulations of Persona 4 Arena Ultimax and its development and progression. While we have the 2.0 balance changes now, there are aspects of the Steam version and the game overall that mimics the turbulent development cycle we saw before.

For instance, the Steam version is already lacking certain features found in the PlayStation port. Those who buy the PlayStation version can join a matchmaking system known as the “Lobby System.” It’s a mode popularized in all of the recent Arc System Works games, where you can take an avatar and walk in an arcade-like setting, choosing foes to fight. The PC version instead is more like the Xbox 360 port of the arcade original. It’s a barebones matchmaking system where you can only play Ranked Matches or Player Matches. It really doesn’t make sense why any of these ports have features taken away instead of added, and it’s frankly disappointing.

This feature is only available for the PlayStation version.

Additionally, controversy struck the game when it was revealed that it wouldn’t release with rollback netcode. (Rollback netcode is a form of netplay that greatly reduces the lag between players, as opposed to delay-based netcode.) While a massive wave of fan response prompted ATLUS and ArcSys to add rollback post launch, it’s a wonder why it didn’t have it in the first place at all. Every Arc System Works game in the past several years has had rollback netcode on release. My colleague and I tested out the delay-based netcode the game will release with, and it’s pretty dreadful as predicted.

It’s a little difficult to consider how to factor in the netplay for this review. We know better netplay is coming (although, even rollback is not a guarantee for a smooth online experience), but what we got instead is a puzzlingly dated system that damages the experience for both players. While Guilty Gear: Strive players can battle others around the globe, Persona 4 Arena Ultimax players will have to settle with those who live on the same coast. I suspect it might stay that way. 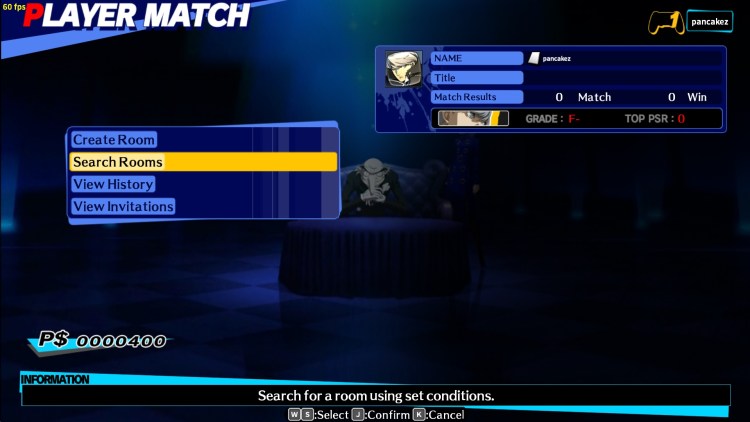 This is all we get on Steam (and the Switch as well).

As for the game itself, it’s a port of a great fighting game. It has a unique system where every character (save for one) wields a Persona. For those who aren’t fans of the Persona or Shin Megami Tensei series, a Persona is essentially a Pokémon or creature that you send out. Characters in the game fight alongside their Persona, utilizing it for combos, pressure strings, and defense. It’s a really fun and special system. Additionally, the game was made to be approachable, but rewarding to those who desire to excel. Mechanics like auto-combos and the S-hold system makes this game easy to pick up for fighting game beginners. (It was my first one too, after all.)

The port comes with the original Persona 4 Arena story and the Persona 4 Arena Ultimax story. It’s nothing special, but is still fun fanservice for those who really miss the Persona characters. There’s also Score Attack and Golden Arena, two modes that ramp up the intensity and ups the difficulty of the normal fighting game. For those looking to learn the game a bit more, the Challenge Mode also gives you the chance to try out some combos for different characters. 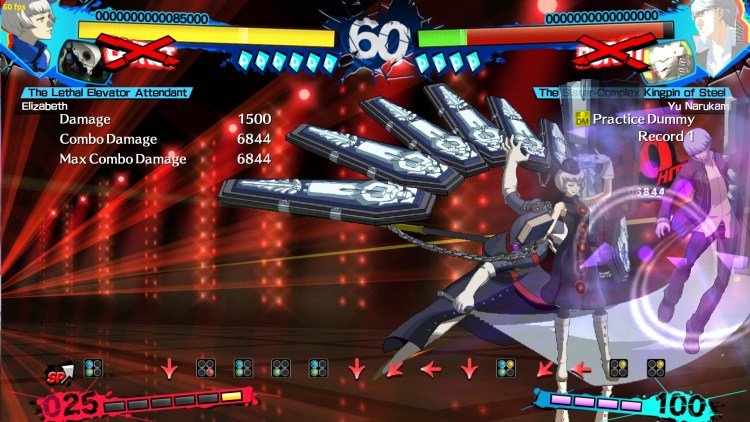 Everything else is as it should be. There aren’t many technical issues with this port, luckily, unlike some other Arc System Works PC ports that are plagued with long loading screens and difficulty finding matches. As long as the game is functionally sound, there’s no way it would be bad. It’s a stylish and bombastic fighting game with a loyal following. And, really, what could go wrong with that?

Some might complain about the lack of actual new content (aside from the new balance patch), but what I think most Persona 4 Arena Ultimax players were hoping for was a breath of new life. Port issues aside (I’m hoping Steam and Switch versions aren’t abandoned by the lack of a lobby mode compared to the PS4), this is a good game that’s fighting for a second chance in the community’s zeitgeist. Here’s to many more hours of the grind.

Persona 4 Arena Ultimax on PC is a port with some questionable drawbacks, like the lack of a lobby mode and no rollback netcode on launch. But it's still the same great fighting game beloved by many.