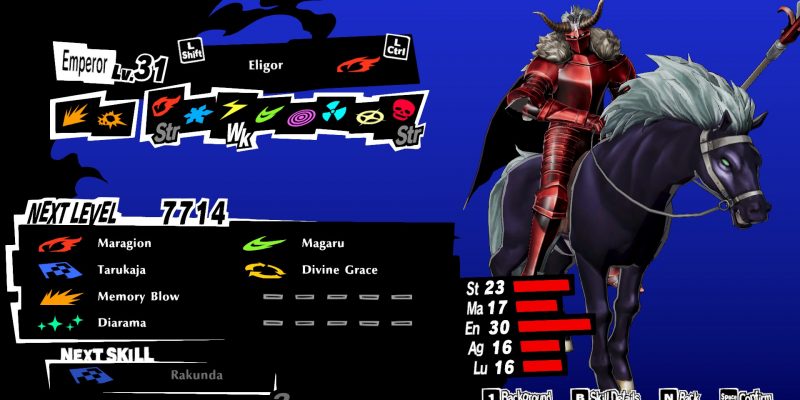 Remember when you could rank up your social link with Justine and Caroline in Persona 5 by bringing them specially fused Personas with specific skills? Guess who’s back? This time, you’ll be fusing for Lavenza (who is the same person, but I digress). In Persona 5 Strikers there are nine requests known as Prison Mail, and each tasks you with a specific fusion. Some of them even give Joker some fusion upgrades, similar to what happened in the last game. All you need to do is fuse the requested Persona and then go to the Velvet Room’s menu. Lavenza will immediately remark that you have what she asked for and you can submit the completed request from the menu once you’re back in the real world.

There aren’t time limits on these, so you can do them as soon as you get them or wait until you’ve beaten the game. It doesn’t actually matter. Although, you’ll be missing out on a couple of bonuses if you do that. But this is a game about hitting things, so don’t beat yourself up too bad. You’ve got a hell of a lot of enemies to be beat up first. Without further ado, here’s every one of the Prison Mail quests.

The important thing to note is that one of the Personas you can use to fuse all of these naturally learns the move the creation needs to learn. In this case, Hua Po learns Amrita drop at level 14. There are two choices for how to fuse Hua Po, though. One requires the Persona that Joker starts Persona 5 Strikers with: Arsene. But Arsene needs to be level 16 to be utilized in this capacity. You likely won’t have kept him in your lineup up to this point, but you can summon him and use Persona Points to get him to level 16. However, it’s much easier to summon a High Pixie and fuse them with Hua Po instead, as you’re certain to have one that meets the level requirements. 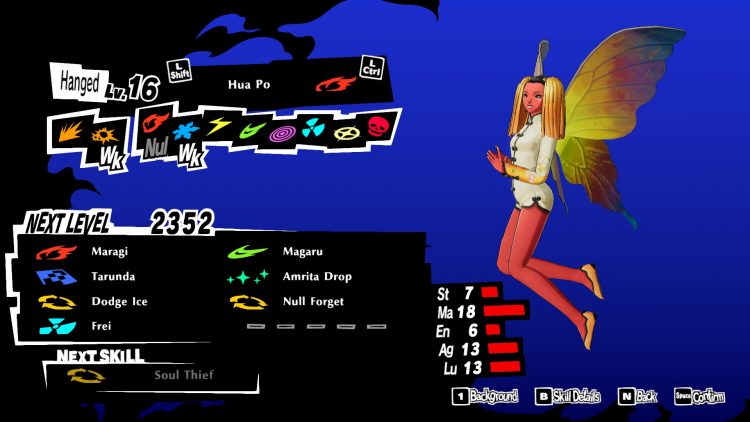 For Part 2, making an Eligor with Divine Grace is a bit easier. The easiest way to fuse them is to use Ame-no-Uzume and Lilim. You’ll have an appropriately leveled Lilim from Jail 3, so that’s easy. Ame-no-Uzume, on the other hand, will need to be fused. They’ll also need to be level 29 and you’ll likely fuse one at level 23 if you haven’t been carrying them with you already, so have those Persona Points handy. Ame-no-Uzume will learn Divine Grace in the process, so just slap that on Eligor.

This one’s a bit different from the first two. You possibly have a Kaiwan in your party already, as you fight them in Jail 3. Still, you’re going to want to go the typical fusion route. You’ll have found masks for Principality and Setenta in Jail 3 and, guess what? The two can be fused together to make Kaiwan. Principality learns Makouga, so you’ll be able to get Kaiwan locked and loaded without problem.

Remember when you fused Setanta and Principality for Prison Mail Part 3? Good times, right? In fact, the times were so good that you can do it again. This time Setanta learns the ability in question. So, it’s not exactly the same as last time. With Prison Mail, Persona 5 Strikers is keeping you on your toes. 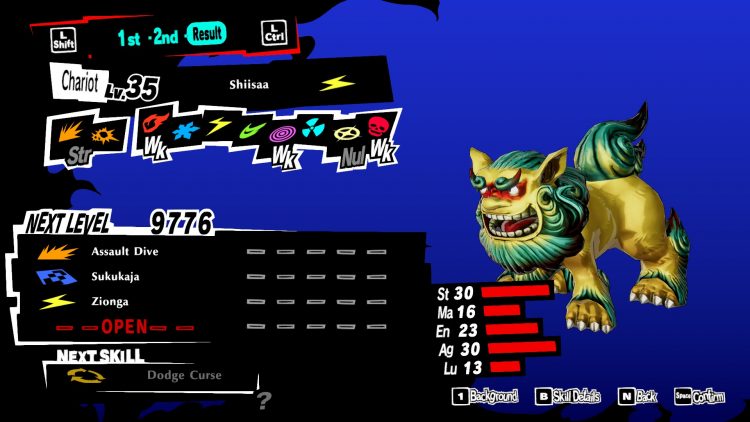 Here’s an easy one for you: fuse Shiisaa and Succubus. As you’re likely aware, Shiisaa is an electric type Persona and, yes, they learn Zionga. Don’t make me spell it out. Submitting this one will boost the skill cap for Joker’s Wild, so you’ll want to get it done ASAP. Or maybe not. I don’t know your life.

Kaiwan is back again for the first time — and the last time. They also learn Technical Adept, which is the skill that needs to end up on ol’ Queen Mab’s menu, regardless of whether or not she’s been with you. Yes, that was a Romeo & Juliet reference. I know, I know, we all read it in high school. Fuse that Kaiwan with Kikuri Hime and you’ll get the Mab you’re after and fulfill this request. Upon submitting the fulfilled request, you’ll again get a skill cap increase, but this time for the bond perks that boost your Persona abilities.

I’ve gotta say, I really don’t like the way “trumpeter with diarahan” sounds. It looks like what you’d think when the marching band was missing part of its wind section and one of the portable toilets is locked. Norn learns Diarahan. And you can use Kikuri-Hime again! It’s so nice to see all of these Personas over and over, isn’t it? 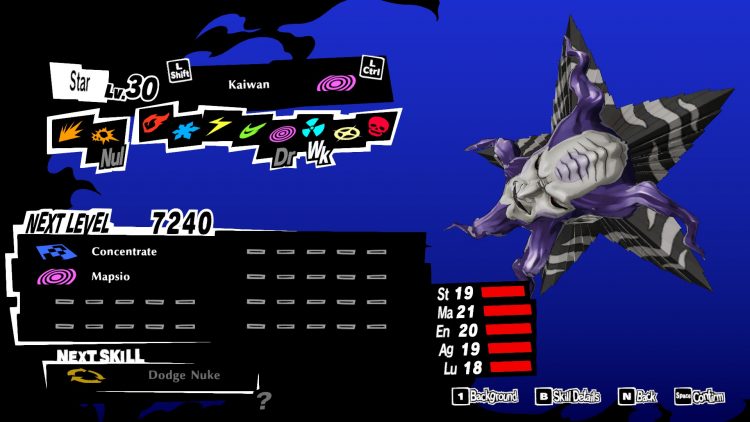 You don’t even need to bother fusing this one. By now, you’ll be able to get a Concentrate skill card. Just slap that on a Cu Chulainn and mission accomplished.

That’s it for the Persona 5 Strikers Prison Mail requests. Seems like the developer should have gone for an even 10 but, hey. What do I know? I’m not a game designer. Even if you don’t care much about the rewards for doing these, they’re still easily worth the effort, as they give you a great excuse to fuse more than you might otherwise. I mean, the other characters Personas level with them and can be swapped out whenever you want, so they’re typically going to be stronger than Joker’s, plus with more skills. And a good part of the fun of a Persona game is successfully filling out the roster.

Well, that and making ridiculously broken Personas that can be used to trivialize various aspects of the game. But, hey, who’s counting? It’s me. I’m counting. I’m not good with math, but I’ve got that attention to detail, son! 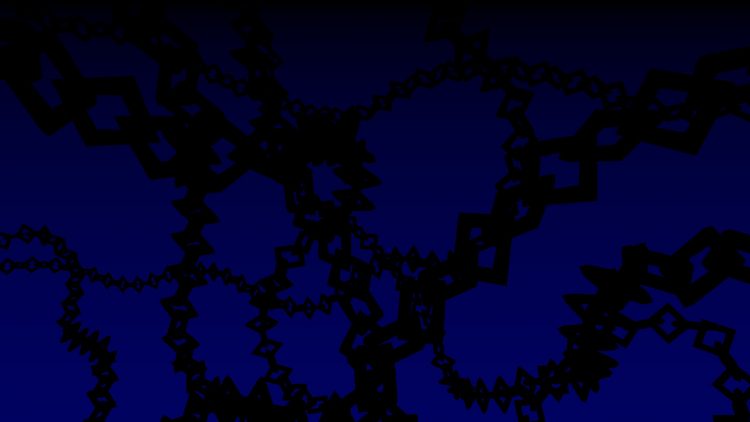 Persona 5 Strikers guide: How to unlock level 2 and 3 chests