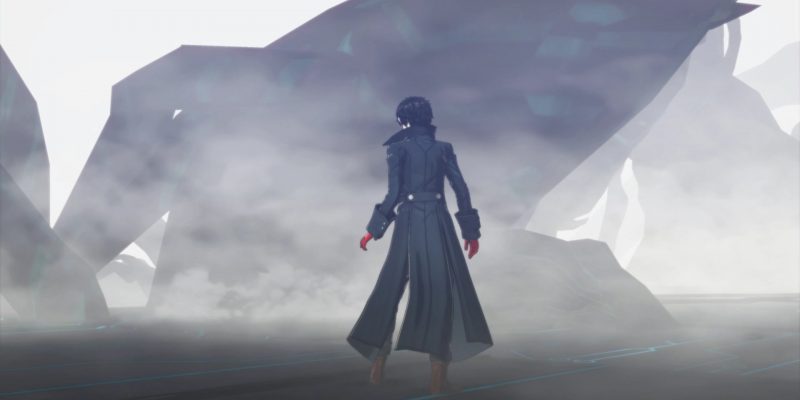 Persona 5 Strikers isn’t exactly a game that’s heavy on the puzzles, which is why the ones it does have can kinda come out of nowhere. The Misty Path, right at the end of Persona 5 Strikers, is one of these.

Funnily enough, it’s not actually difficult to figure out what you’re meant to do. It is, however, difficult to actually do it. Because of the way the game’s mechanics work, it’s very easy to think you’re doing the wrong thing simply because the game doesn’t react the way you expect.

Here’s how to escape the Misty Path and move onto the final two encounters of Persona 5 Strikers.

Towards the end of the Tree of Knowledge, you’ll find yourself on a straight path with one exit and the less-than-useful objective of “Obey.” Going through that exit returns you to the start of the path. Sophia will tell you that you need to break out and not be fooled, and that the exit won’t help. So obviously, you need to find an alternate path. Easy, right? 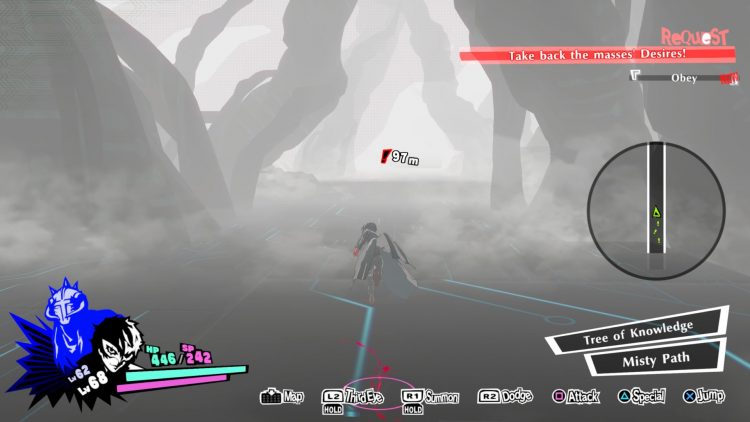 Well, no. If you’re reading this you’ve probably noticed that there are no alternate paths you can go down, as the path is completely walled off. As it turns out, the correct solution is something you’ve probably tried: you just need to walk into pretty much any wall to the side of the path.

The difficulty comes in because you need to keep walking into the wall for a good few seconds until the screen fades to white. Likewise, tapping to sprint or dodge (so, moving quickly) will usually make you slide along the wall for a moment and reset your “progress” towards escaping. And pushing into the wall for a second or so and then giving up and trying another section of the wall? Yeah, that won’t work either.

So: to escape, don’t run. Don’t try to hurry things up. Just pick a wall and walk directly into it. You’ll know you’re doing it right if the screen slowly starts to fade. Keep on doing this until things fade out, and you’ll be out of the Misty Path and free to take on the last couple of challenges.

Persona 5 Strikers guide: Who to take to Tenboto tower