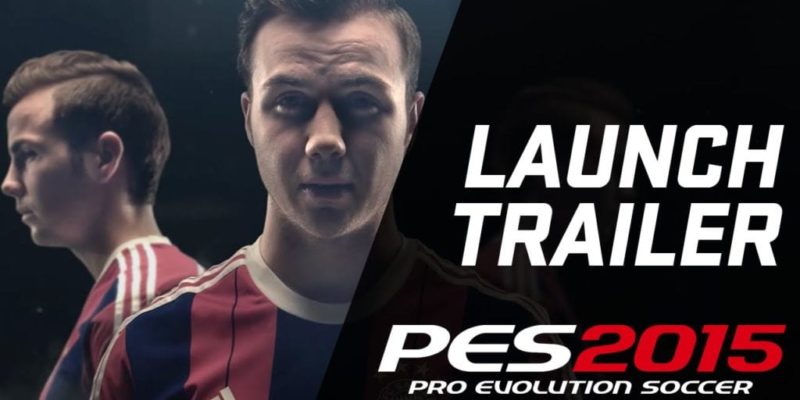 Having three Mario Gotzes in your side could be considered greedy.

Konami’s PES 2015 launches today in the Americas, which means it’s time for a hype trailer featuring cover star Mario Gotze. He actually does a pretty good job with the voice-over, giving a fairly measured tone to a script full of stuff about worshipping at football’s altar and crafting the perfect goal.

This all takes place over in-game footage of Bayern Munich putting some generic, white-kitted team to the sword. The, uh, footballing sword. It seems a bit unfair, given that Bayern are a good enough side to destroy proper teams.

If you missed the earlier PES 2015 news written up by Tim, you can have a read about the Day One licenses and patch update over here. Basically, the patch will add another 93 official kits and update six Brazilian teams with real names.

The PC version is still something of a mystery, said to be a hybrid of current and last generation console versions. Konami say it’ll have the same gameplay as the PS4 version, but that some of the graphics will be a bit worse for some reason. A demo might help to clear these things up, but the PC didn’t get one alongside the consoles.

There is supposedly a PC demo coming on worldwide release day (13 November.) It’ll presumably be the same as the console one, though that isn’t confirmed either. Sorry for the vagueness, but I’m as much in the dark about this as anyone else.

Just Cause 3 leaks “in no way reflect” the game, says Avalanche