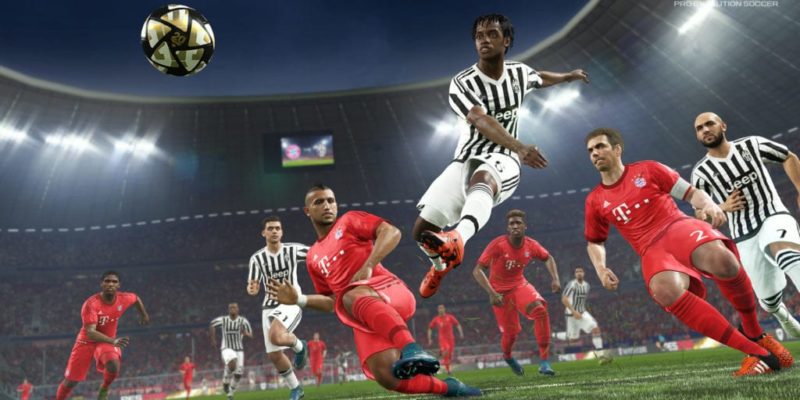 PES 2016 on PC may not be the same bells and graphical whistles version as the PS4 (for some mystifying reason), but we will at least still be getting the first Data Pack update this week along with everybody else.

Data Pack 1 is scheduled for release this Thursday, 29 October, and should update all team squads to be in line with the registered transfers of 2015/2016 to date. PES 2016 launched with some pretty out of date squads (Gerrard still at Liverpool and suchlike), so this update is a long time in coming.

The regular weekly live update will still happen as usual, with player stats being altered according to recent form.

You can also expect 70 new or improved player faces for chaps like Danny Ings. And kits from the French, Spanish and Italian leagues are said to be either added or updated in this pack.

Konami are suggesting that ‘gameplay tweaks’ will be coming with the Data Pack 1 update as well, but haven’t yet elaborated at length as to what those might entail. The ‘PES Community’ were apparently consulted though, so hopefully that bodes well for some positive changes.

By Joshua Chu51 seconds ago
News