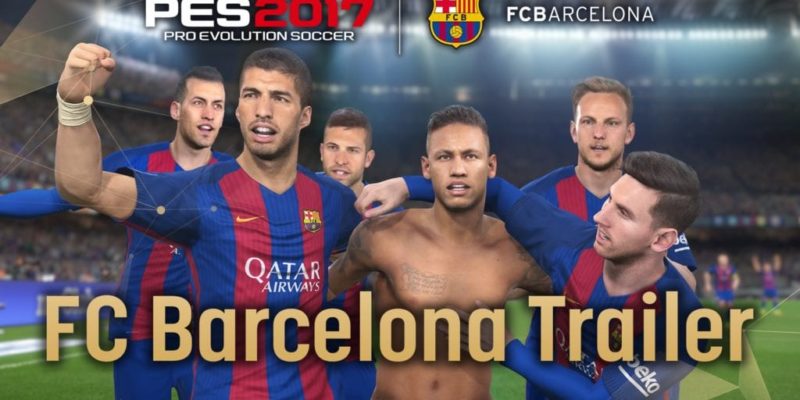 A newly-released PES 2017 features a whole bunch of Barcelona related gameplay, and a bit of a look at some UI changes. It’s difficult to know what to make of it as a PC owner though, because PES has an uncomfortable relationship with our platform.

The PC version is always the best for modding (which helps a lot), but has been seriously overlooked in terms of graphical fidelity for the past few years. As is so often the case, there’s silence from Konami about the PC version. It is coming out on PC, but that’s the extent of the released details.

Maybe PES 2017 will be the version that breaks the unfortunate tradition on PC, or perhaps it’ll be business as usual. Right now, we simply don’t know.

Hopefully it’s a decent port this time, because the trailer is pretty encouraging. Player models are looking terrific, and there’s a glimpse of various tactical settings (frontline pressure to all-out defense, for example) being based around sliders this time. PES 2017 is coming on 13 September.