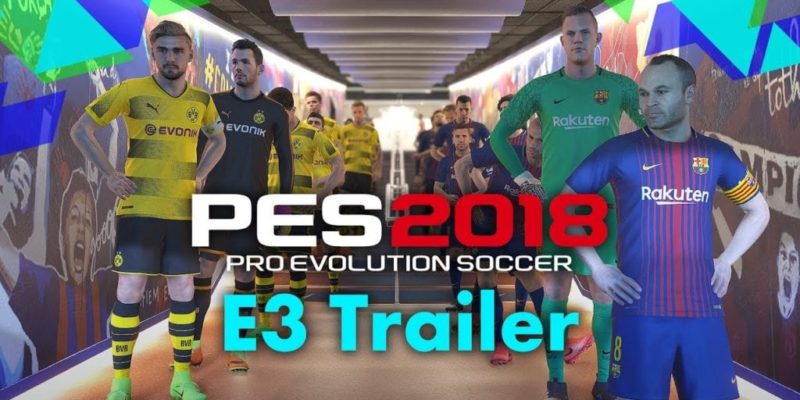 Exciting times for PC fans of PES, since Konami have done a double pinky swear that the PC version of PES 2018 will be up to scratch. We can assume, then, that the footage in the new PES 2018 E3 trailer will be representative of the PC for a change.

As well as including much footage of magnificent goals, the E3 trailer confirms that Konami have signed up Usain Bolt for the game. Sure, he’s not a footballer, but he is very, very quick. Anybody who pre-orders the game will be able to unlock Bolt as a myClub player. A teaser at the end of the trailer also indicates that Maradona will be on his way to the same mode.

Konami are claiming PES 2018 has “more new features and enhancements than any PES title in the last 10 years”, which include “co-operative 2-Vs-2 and 3-Vs-3 modes with support for local guests”. They also say matches will be played at a more realistic pace, and new additions to the control system will add “more fluidity” to player movement.

Here’s the trailer. PES 2018 is out on 12 September in the Americas, 14 September worldwide.

Dawn of War 3 gets Annihilation update next week

Tropico 6 gets full E3 reveal, new developer behind the throne