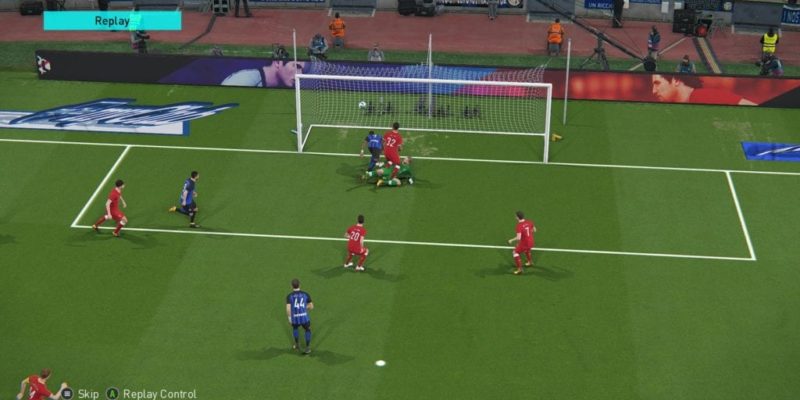 Nipping away at the heels of the FIFA 18 demo released on PC earlier this week, it’s Konami’s demo for PES 2018. It didn’t have to be released after EA’s effort, of course. The other platforms got the PES 2018 demo all the way back in August. But I guess Konami were worried about people datamining the PC demo and learning that this football game has footballers in it, or something.

So instead of a demo ahead of release, we’ve got one on launch day. That makes a bit of a mockery of Konami’s insistence that the PC version wouldn’t be treated like garbage this year, but I suppose a late demo can be somewhat forgiven if the graphics have actually advanced out of the PS3/360 era this time.

Good news, they actually have. The full game apparently supports 4K resolutions too, although I couldn’t get that to work via downsampling (or rather, AMD’s virtual super resolution) in the demo version. 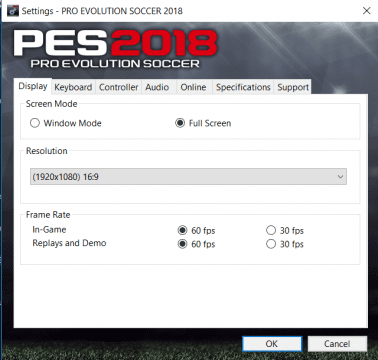 Just to complicate things a little, the PES 2018 demo has a launcher (above). That’s the only place you can select the resolution, and the only place where you can opt for either a frame-rate of 60 or 30. There’s a separate toggle for if you want replays to be at 60fps too. This puts it one up on the FIFA 18 PC demo, which still defaults to 30fps in certain circumstances (menus, goal kicks etc) no matter what you select as your frame-rate. FIFA, however, can go above 60fps, which is worth considering if you’re hoping to play on a 144hz monitor.

The PES 2018 does have more graphics options all round, though. Here’s what they look like. 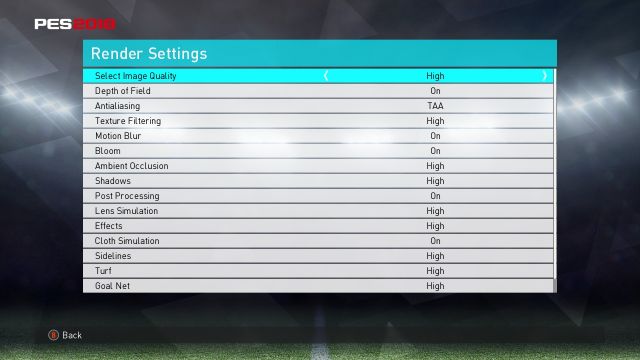 There’s one more cut off at the bottom, which is ‘Crowd Quality’. I didn’t think it was necessary to take a second screenshot just for that.

I’m not sure what manner of frame-capping or v-sync Konami are using to keep it at 60fps, but it feels relatively smooth. The only hiccup seems to be when I guess what you would call the main ‘broadcast’ camera has to move rapidly across the center of the pitch to follow a rapid attack. At those moments, it does feel like there’s a slight stutter or perhaps just some poor frame pacing. It could also be that I’m getting a very minor frame-rate dip that Steam’s counter isn’t really registering. Either way, it’s pretty minor.

In terms of the PC presentation of PES 2018, as promised by Konami it actually looks like the modern version of the game this time. I’ve played both the PC and PS4 demos, and they are equivalent this year. It’s taken Konami far, far too long, but the era of terrible lighting, an awful looking pitch, and cardboard crowds seems to finally be over. 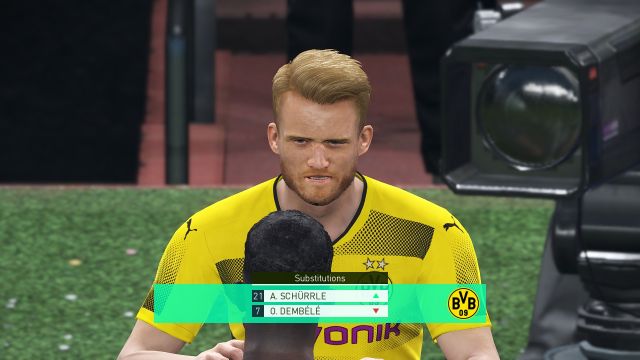 When you factor in the inevitable mods, Option Files (meaning the lack of licensed teams won’t be a problem soon enough), and aspects like 4K support (again, I couldn’t get it working for the demo, but it is supposed to be there), the PC version of PES 2018 should, in theory, be the best one.

At the time of writing though, it isn’t. Servers have been down since launch (approaching a full day at this point), and Konami were slow to respond. The latest official update I’ve seen gave no ETA for a fix, or much indication that the company really knows what’s causing the problem. Not a particularly reassuring start if you were wanting to play PES 2018 online.

That’s not a problem with the demo, but only because the demo sticks with offline activities. Predominantly, basic friendly matches between a handful of included clubs like Inter, Liverpool, and Dortmund. 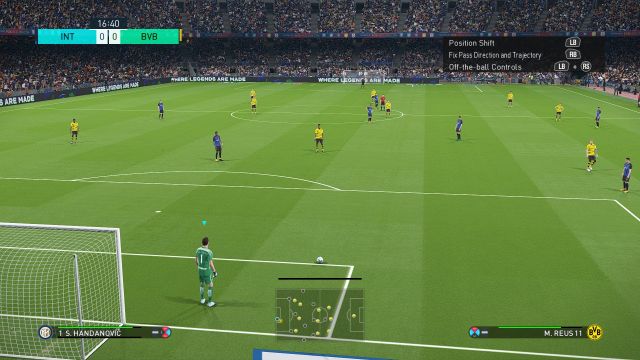 Marvel at a football game that can manage goal kicks at 60fps by default.

Since I skipped PES 2017 entirely and PES 2016 was a fairly long time ago, it’s not going to be easy for me to compare how this demo plays with previous releases. Taken on its own though, or compared against the FIFA 18 demo I just played, it’s pretty good. I’ve tended to enjoy the ‘feel’ and weight of PES physics, and how the series animates its players.

FIFA is only just beginning to address the long-term grievance that its AI teams all seem to play the same (quite boring) style of football, but recent PES titles have always had some personality and variance to AI tactics. That appears to be the case again. Playing the PES 2018 demo as Flamengo, I noticed there was a significant difference in how Liverpool and Corinthians lined up against me. The latter sat deep, getting a lot of players back (basically all of them save for a lone striker) when I was attacking. Liverpool, on the other hand, always had outlets on the wings (plus a striker), even when I was pouring forward.

I recall the goalkeepers in PES 2016 being fairly rubbish (at launch at least, I don’t know if they were fixed there), but in PES 2018 that doesn’t seem to be an issue. I’ve put a lot more hours into FIFA games than PES releases, which is probably in part why I’m inclined to criticise the former for long-term problems (simply because I’m more aware of them). After several years of only having one serious option on PC, it just feels good to play a football title that approaches simulating the sport a little differently. 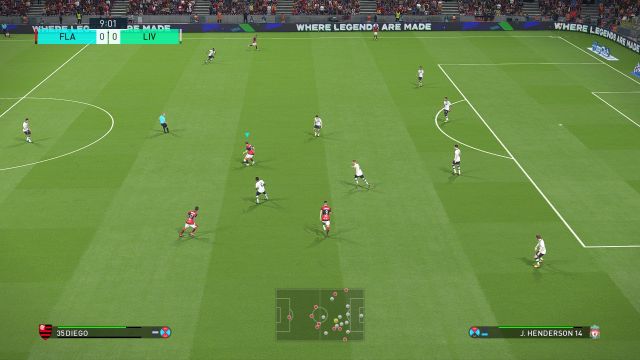 That’s really the broader point here. Now that Konami have actually committed the resources to put out a decent PC version of PES 2018 (online woes permitting, that’s already a PR disaster and could definitely turn into a persistent problem), the two big name football titles on PC are roughly on par again. They portray the game a bit differently, and FIFA of course has the slicker presentation and official licenses right out of the box (as opposed to applied later with Option Files), but PES on PC is no longer hampered by crowd graphics and lighting from a bygone era. If that was the aspect holding you back from giving PES a try, then give the latest demo a shot and see if their interpretation of football appeals.