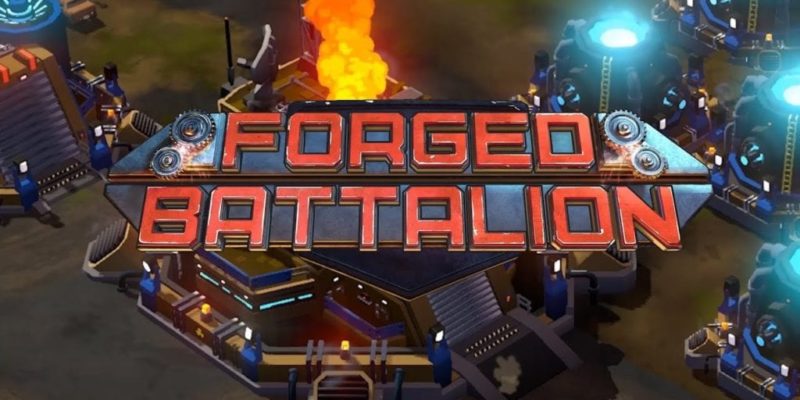 Petroglyph will be returning to their genre of choice, the classic Real-Time Strategy, with Forged Battalion. Set to appear on Steam Early Access in ‘Early 2018’, the game will feature heavy faction customisation.

Framed as giving players “ultimate control over their faction’s units, factories, superweapons and economy”, Forged Battalion will use a system of blueprints, battlefield resources, and a flexible tech tree. An array of armours, locomotion, weapons, and special abilities (such as stealth and regeneration) should mean that your units are somewhat eclectic.

There will be skirmish, solo, and multiplayer battles, as well as a full, dynamic single player campaign. Climate disaster has left the late 21st Century world ruled by an organisation called ‘The Collective’. As one of the resistance groups rising against them, it’ll be your task to push back against this aggressive foe.

As mentioned, Forged Battalion will be coming to Early Access first. The planned inclusions at launch are five campaign missions (just part of the full thing), at least five skirmish maps with support for up to eight players on each, multiple skirmish game modes, and dedicated servers for multiplayer.

– Forge Your Faction – Modify every unit chassis (Infantry, Light Vehicle, Heavy Vehicle, Aircraft) with a host of weapons, support and locomotor types. Add regenerative armour to your light vehicle, or add an anti-tank gun to your aircraft. Adapt to every situation, and every opponent.

– Persistent Tech tree – Each battle you fight, in each mode, contributes towards your faction’s technology upgrades with different science paths; advancing the tech tree unlocks blueprints.

– A dynamic story campaign – The Resistance needs you to forge a new force to be reckoned with. Play through an exciting story campaign that will test your ability to react and adapt to the increasing threat of the “The Collective”.

Battlefield 1 Turning Tides DLC is a boatload of amphibious battles