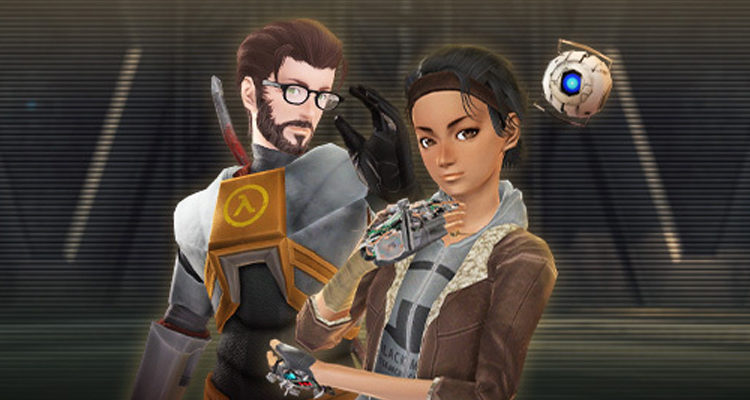 Phantasy Star Online 2 Steam players can soon dress up as some of the iconic characters from popular Valve games. The preview trailer showed off several appearances such as Gordon Freeman himself. Half-Life Alyx looks are also included such as Alyx’s hairstyle and outfit. A hilarious Headcrab emote allows players to stumble around like zombies too. Talk about playing the part and walking the walk.

As far as Team Fortress fans may be concerned, look for Pyro’s gas mask appearance. Valve even threw in a nod to Portal 2 by including Wheatley bot, which partners up with players when equipped.

In addition to cosmetic items, weapons such as the Left for Dead frying pan, the Half-Life crowbar, and the Team Fortress 2 mini-gun are available as weapon camos. 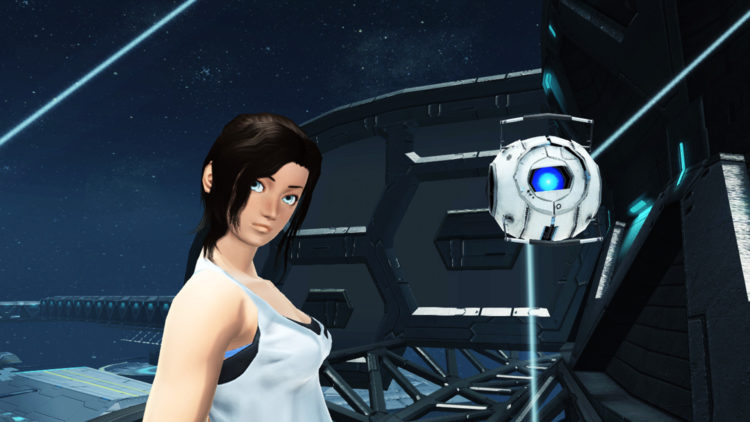 The various Valve items are unlocked by completing challenges. Fortunately, there’s no mention of any expiration date for unlocking the content so there’s no rush. New players can build up their characters and get used to the game before tackling the toughest of challenges. In fact, taking your time may be best, as the distribution date for the Valve content is still pending.

In addition to the Valve goodies, Sega also mentioned that additional rewards are available from the Gate Area’s Title Counter.

There’s plenty to do on the Phantasy Star Online 2 Steam version when it launches on August 5. In addition to the exclusive Valve content, the game’s Episode 4 expansion will be available at launch. Phantasy Star Online 2 is a free-to-play cooperative game that also supports cross-play with console players. While you wait on the Steam release, check out Andrew Farrell’s review for PSO 2.