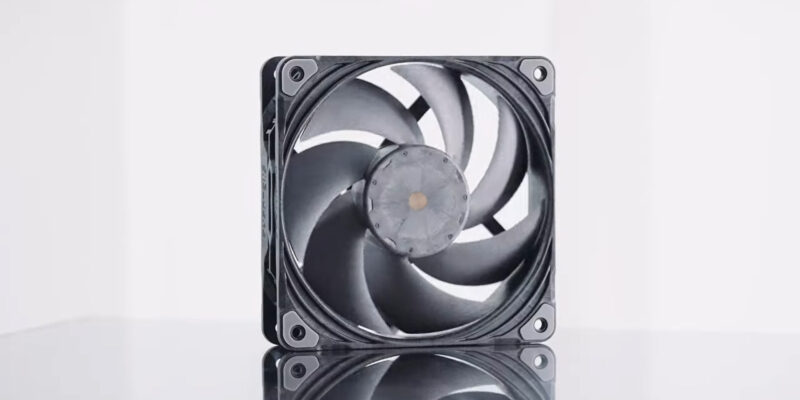 Move over Noctua, Phanteks wants to be the only fans in your PC case. According to the company’s latest press release, it has created the ultimate fan. Upon initial inspection, there may just be something to that. After years of development and testing, Phanteks has come up with the T30-120 PC case fan. It’s something that’s silent, performant, and by perhaps a total miracle, a neutral color. The company also announced the new Glacier One 240mm AIO liquid cooler sporting the same fans.

Just upon first inspection, it appears these fans have a lot in common with the competition from Noctua. From the design of the blades to the odd finish that comes on both brands, there are some clear similarities. However, Phanteks notes that the T30-120 has a high static pressure due to the 25% larger blades and narrow 0.5mm clearance with the inner frame. The frame for the T30 is also thicker to make this possible. As such, it’s not a true 120x120x25mm standard fan. It’s actually 30mm wide to accommodate the larger fan blades. That shouldn’t be an issue for most, though, since desktop PCs tend be quite cavernous.

The specs go on to list a 12v SUNON 3-phase motor with a mag-lev bearing capable of 67 CFM and a static pressure of 0.13 in H2O (all presumably at 2000 RPMs), all at 27.3dB (A). Combined with the glass fiber reinforced Liquid Crystal Polymer (LCP) blades, this is a powerful, but silent fan that can spin up to 3000 RPMs in its advanced mode. This all may sound a bit technical, but it’s similar to one of Noctua’s top models.

The competition is clear, and Phanteks isn’t the only gaming company trying to challenge Noctua these days. ASUS also released a “whisper quiet” ROG Strix fan with LEDs earlier this year.

Going beyond the competition?

The Phanteks T30-120 is a 4-pin PWM fan that also adds more features to its impressive specs, which Noctua should have been doing itself even after it became the king of fans. That’s the beauty of competition, though. For starters, you can physically toggle three different modes for various speeds if you’d rather avoid setting up fan curves in BIOS.

Even more impressively, the Phanteks T30-120 fan caters to PC gamers with its low key charcoal coloration and RGB halo option. It always seemed so odd that Noctua remained adamant about brown and beige products, though it has added more color options to its lineup more recently.

The T30-120 PC case fan will become available this August and cost just $30 USD, with triple fan packs available for $85 USD. Pricing for the premium RGB model is still unknown. Learn more on the Phanteks website.

Speaking of fans, there’s another interesting collaboration rumored to be going on between ASUS and Noctua.