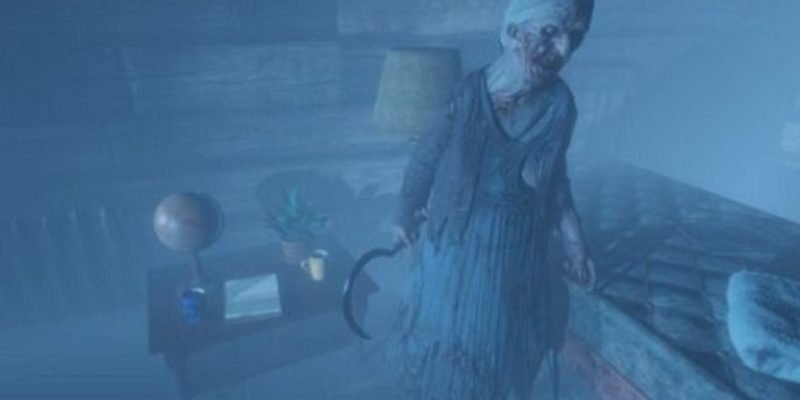 The ghosts in Phasmophobia have evolved, and they’re more frightening than ever. Kinetic Games launched the April Phasmophobia beta update today, which made ghosts smarter and faster, thus increasing the ghost hunting sim’s challenge. Of course, just like previous beta updates, the devs made a ton of other adjustments, too.

According to the patch notes on Twitter, the latest update implemented a series of changes to ghosts. For one thing, every ghost, with the exception of Revenants, will increase speed every time they spot you on a hunt. “The speed will only drop if they can’t see you after they have checked your last known location,” the notes read. So, uh, don’t let them see you too much.

Not only are ghosts faster now, but they’re also smarter. There’s apparently now a “50% chance” that ghosts will remember your last location and search there during the next hunt. Additionally, when you’re hiding in a closet or locker, a ghost will swing those doors wide open “on its second attempt” if it hears you talking.

Thankfully, Kinetic Games did players a favor to help with the new difficulties. In addition to closets and lockers, players can now hide from ghosts behind furniture, which opens up plenty of hiding spots. Check out the full Phasmophobia April update notes below to see all the latest ghost changes.

Another new update is ready to download #Phasmophobia pic.twitter.com/E9g1G69W6G

Other changes in the Phasmophobia April update

Kinetic Games squashed quite a few bugs with the latest update. To name a few: you’ll no longer hear your heartbeat after you’ve died, ghosts won’t get stuck in walls at the school, and you won’t hear ghost footsteps at a far distance. Plus, the team made several gameplay changes, including better load times at the prison and the school. For now, the “footsteps” feature with the bHaptics VR suit has been removed, but there are still plenty of other immersive effects. A lot has changed since Phasmophobia‘s March update, so be sure to check out the latest beta developments.