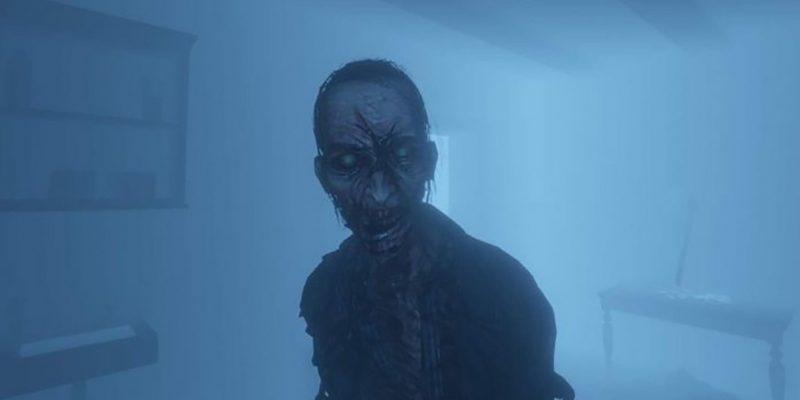 Phasmophobia is about to feel even more real for some players. Developer Kinetic Games has updated the virtual reality-optional ghost hunting game to include support for bHaptics suits. The latest patch brings virtual reality players one step closer to full immersion in the game, as bHaptics suit owners actually feel the chill of the ghosts in the room. The game was spooky enough before, but now it’ll be downright terrifying.

The official Phasmophobia Twitter account shared the details of the latest beta patch. The post briefly mentioned at the end that the Phasmophobia team “added support for bHaptics tact suits and face covers.” Kinetic Games warned that “full implementation” of haptic support will happen gradually, but “the majority of haptics are in.” The exact details of what to expect are unknown. However, it seems safe to say that the ghosts can probably almost touch you now. Good luck.

For those who are unfamiliar, bHaptics sells vests, face covers, sleeves, and shoes. This gear sends haptic feedback and vibrations to your body, so you can feel what’s going on in your game. Combined with virtual reality headsets, the bHaptics suits really make you feel like you’re in the action.

Phasmophobia turns a group of up to four people into ghost hunters. You explore abandoned locations like houses, schools, asylums, prisons, and more. Using a variety of ghost-hunting tools like thermometers and EMF readers, your job is to find clues to correctly identify the ghosts in the area as one of 12 types. While you’re hunting the ghosts, know that they’re hunting you, too. The game is currently in Early Access, so Kinetic Games has provided frequent beta patches since Phasmophobia‘s release in October.

A new beta update is out, which includes the support for @bHaptics #Phasmophobia pic.twitter.com/QA0mUHHrgS

In addition to bHaptics support, the latest Phasmophobia update also included a long list of bug fixes, changes, and new content. Kinetic Games changed the appearance of crucifixes and assigned each player a unique color on the maps. The ghosts have earned themselves another level of mischief: they can blow out candles when close to you. There are also five new objectives in the game. Players can access the latest version of Phasmophobia on Steam.

Gotham Knights has been delayed, will release in 2022

Cyberpunk 2077 1.2 patch will include fixes to cars, cops, and movement