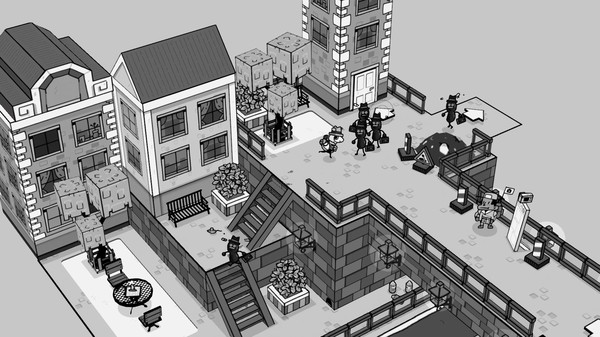 It’s not particularly clear what the TOEM are, but either way, the game promises to be a relaxing time for players. You control a cute little creature as he wanders around from place to place, helping other quirky characters by doing jobs for them. This is often accomplished by taking photos, but sometimes, you’ll have to search the area for chests or items and fulfill requests that way.

As shown by the trailer, the game seems designed to relax, with a gentle soundtrack playing softly in the background and hand-drawn graphics that are easy on the eyes. The photography mechanic can be used for a variety of different tasks, as well. In one instance, you might take a simple photo of a dog or ship. But in another, you’ll use your camera to emit soft soundwaves that can break ice.

The game isn’t limited to photo taking, either. As mentioned earlier, there seems to be a surprising amount of content. There are elements of exploration, as you traverse the game’s environments inspired by Scandinavia. And there seem to be some quests that don’t require your camera at all, like finding a pirate hat for a captain. But none of the gameplay seems particularly strenuous. For a game that’s encourages players to “stop and smell the flowers,” this can only be a good thing.

There aren’t many photography games on PC that I’ve seen (closest I can think of is Bugsnax with some photography mechanics) so this game is something to look forward to. Toem currently has a release date for September 17 on Steam. A demo for the game is available for free for those curious to try it before buying the full game. You can check out a gameplay trailer below: