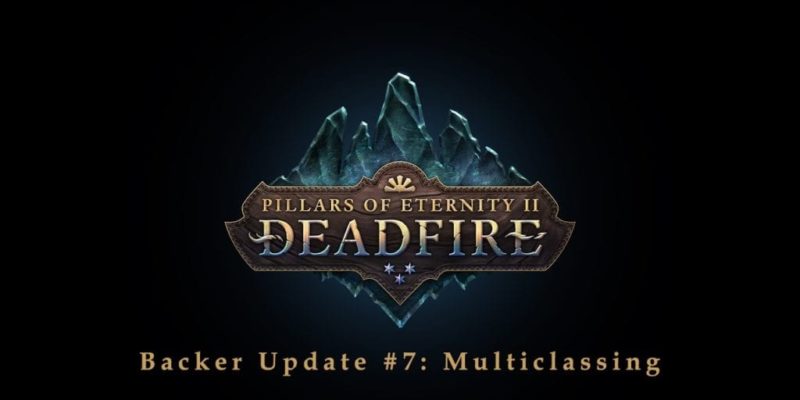 Those who’ve been following the Pillars of Eternity 2: Deadfire crowdfunding campaign will know that the first major stretch goal concerned multi-classing. In this new video (released to backers, but it’s up on Obsidian’s public channel for all now), game director Josh Sawyer makes judicious use of a whiteboard to explain all.

It goes pretty in-depth, which should please RPG theorists, and I’m unlikely to be able to relay it as well as Sawyer does, so your best course here is really just to watch the video. In it, you’ll learn how Obsidian are aiming to avoid the possible pit-falls of multi-classing (making a character who’s a bit crap at both things, or a flawless combination of utter power), and see an example of how Fighter/Mage character would progress through the levels in Pillars of Eternity 2.

There’s also a neat drawing of a duck and a reference to the work of Kate Beaton, so, you know, highly recommended. In all, there will be 55 possible multi-classing combinations possible in the game. Each and every one of them will have a unique name, so spare a thought for the people who’ll have to think of memorable titles for all of those.