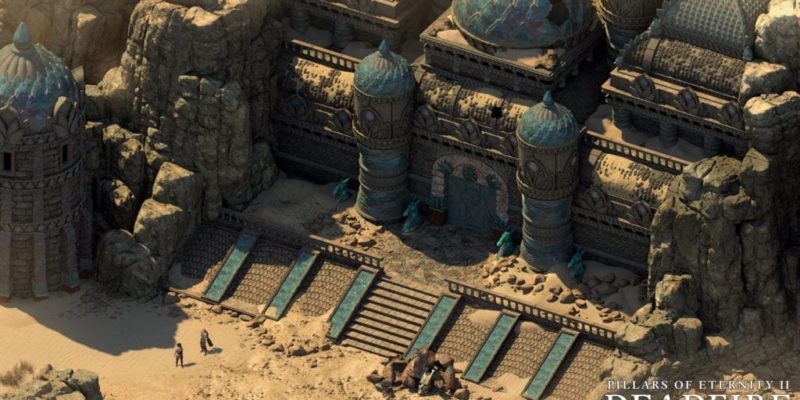 Patch 3.07 is the ‘Deadfire‘ update, adding some free DLC for everybody who owns the game. You can see the patch notes at the link above, or replicated at the foot of this article. It adds a new merchant (‘Ponamu Bird-Scorned’) from overseas, who sells nine new Deadfire-themed items, including four soulbound ones. There are ten additional player portraits too.

Meanwhile, the backer beta for Pillars of Eternity 2: Deadfire begins today as well. This is only available to those who pledged at the various higher tiers during the initial crowdfunding campaign. However, you can still ‘buy in’ to this if you really want some of that beta action (you’ll need to set up an Obsidian account if you don’t have one).

The beta will give players a look at some of the changes in the sequel, like the overhauled combat system and the addition of multiclassing. If it’s like the beta for the first game, it’ll be based in a small location. The first game used the village of Dyrford. Anybody will access is strongly encouraged to offer feedback to help improve Deadfire before its release next year.

Miscellaneous
Added opt-in telemetry for people who want to share information about their game.