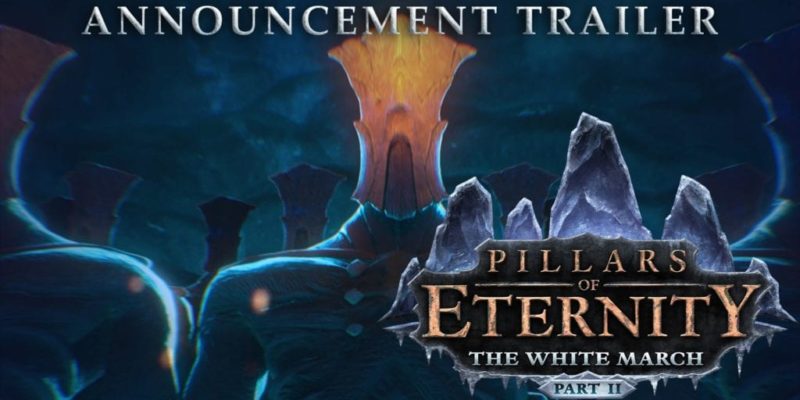 Pillars of Eternity‘s next content update, The White March – Part 2, arrives on 16 February and the game will also be receiving a few feature updates as it reaches v3.0. These will apply to the expansion and owners of the original game.

Updates will include a streamlined combat UI, updates to the in-game Stronghold and portions of the game world, a new “Story Time” mode, and other improvements such as knockout injuries that change the difficulty during combat.

“We’re committed to expanding and supporting the Pillars of Eternity experience. We have many stories to tell in this world and this has only been the first one,” said Obsidian CEO Feargus Urquhart. “Gamers who have been waiting for the complete Pillars of Eternity story can now experience the incredible narrative from start to finish, up to and including the exciting conclusion to the story of The White March.”

Paradox’ policy of releasing game improvements for free during content updates is great. Now watch the video to find out how all these changes will work.

The Solus Project gets an Early Access release date

By Sam Robins24 mins ago
Hardware