Obsidian’s Kickstarted RPG Pillars of Eternity will be released later this month, and it will most assuredly contain an unspecified number of dragons. A post with some lore and images about said creatures appeared earlier today on the game’s forums.

According to that post, young dragons are called wurms and are roughly as intelligent as a cat. Very few wurms develop beyond this initial stage, let alone become dragons, so they often tend to band together. Expect to come across a few packs of them in your Pillars of Eternity travels.

Here are some wurms, acting like jerks to an innocent party of adventurers (click the image for a larger version, if you wish.) 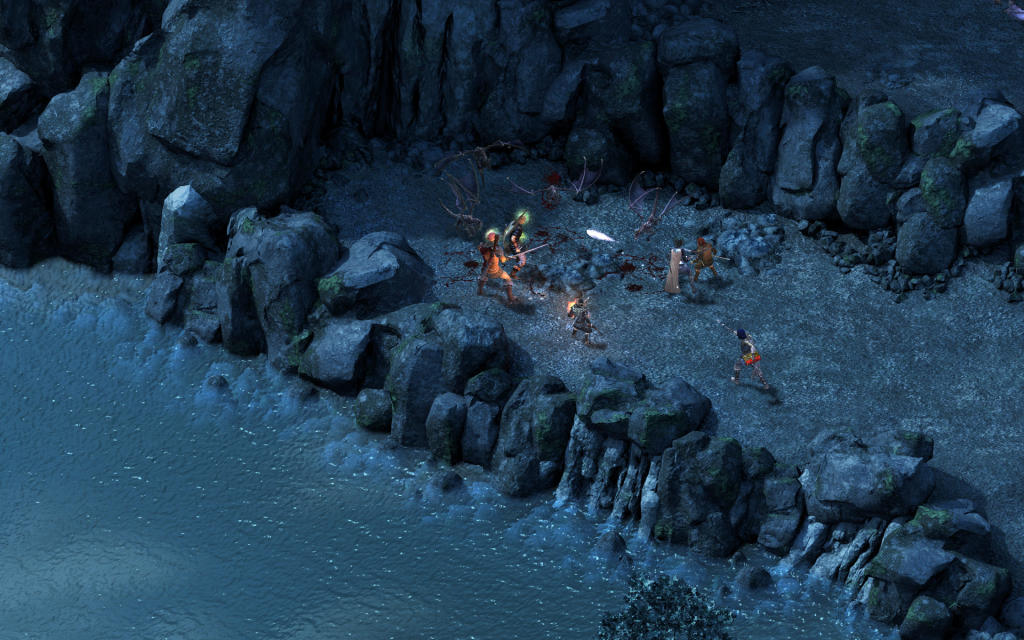 If a wurm is fortune enough to find enough space and food for itself, without having to stick to a group, it may develop into a drake. This is the intermediate dragon stage in the Pillars of Eternity world. Drakes are described as smarter than cats, possessing instead a sort of raw primate cunning. They’re much larger than wurms, and may have developed scales.

Depending upon the habitat a drake has been living in, they will take on a different colour and will have “variation in their heads, mouths, spines, bumps [and] wings.” Drakes will aggressively defend their territory and all of them can breathe fire. Some may also have limited alternative breath attacks like lightning or acid.

Here’s a drake looking after a stash of gold. 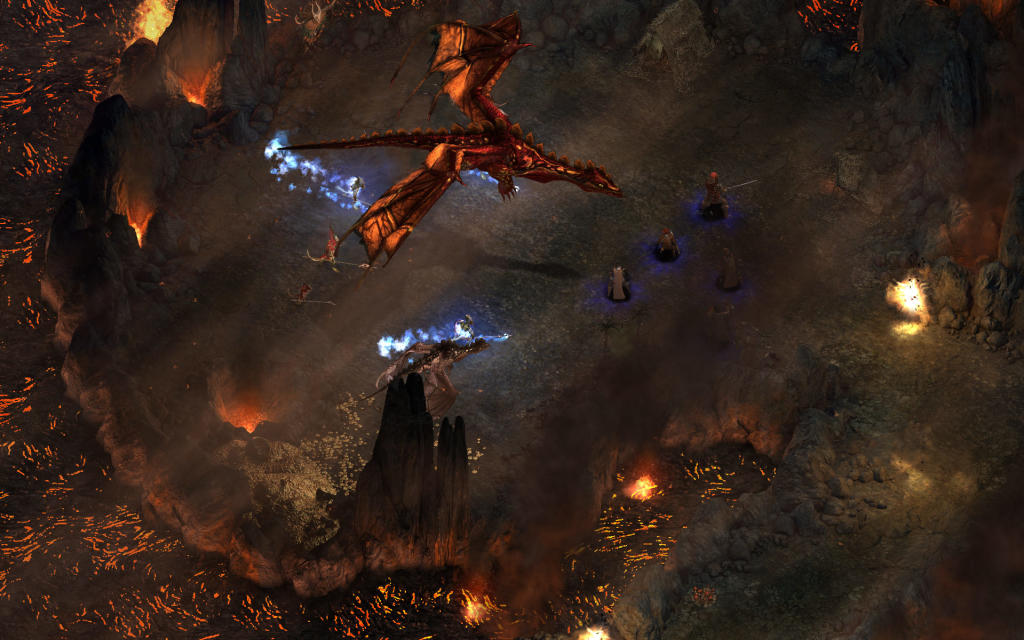 So that just leaves mature dragons. Dragons adapt to their environments even more extensively than drakes: “Their coloration, ornamentation, and (to a limited degree) body structure will reflect their chosen territory.” Only dragons are able to mate, but to compensate for their rareness they can also change sex at will. Handy stuff.

The Pillars of Eternity dragons are said to be more intelligent than most sentient beings, but the post also notes that because they spend so much time alone they don’t really have meaningful interactions with other creatures.

Here’s a dragon described by the original file tag as a “sky dragon.” 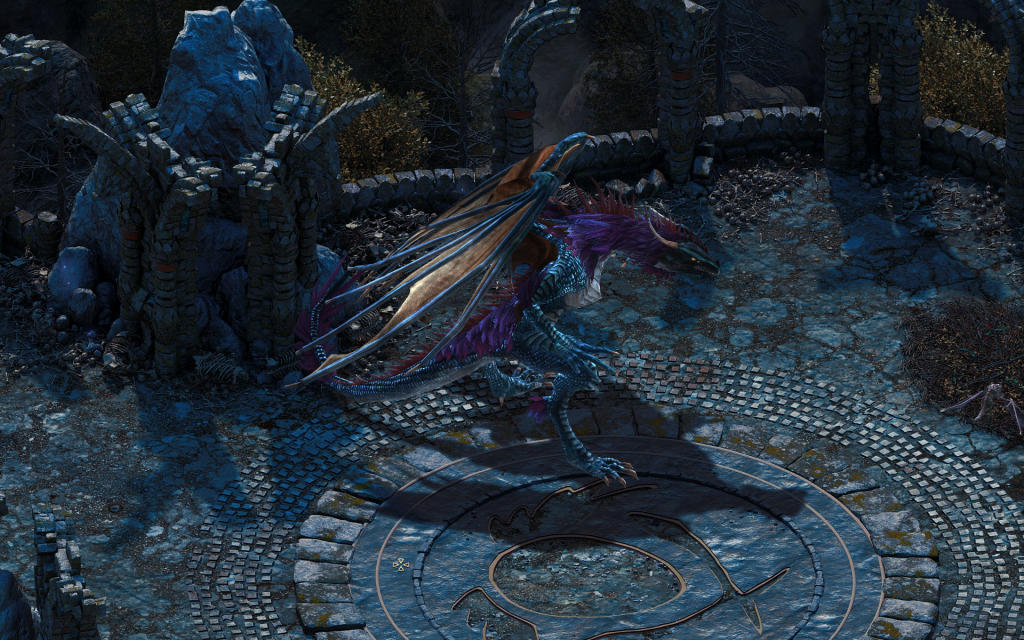 Pillars of Eternity is coming to the PC on 26 March. Dragons and all.

Maxis dev on EA closure decision: “It comes down to money”