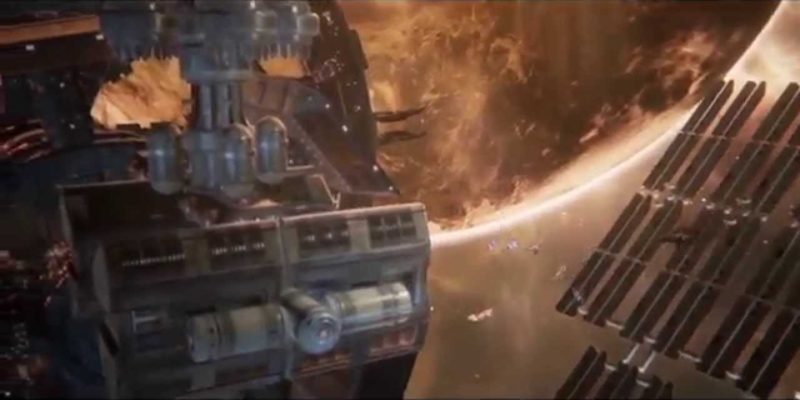 Piranha Games had a lot to deal with this morning on the Transverse Reddit channel and subsequently Piranha now find their accounts have been shadow banned.

When Transverse was announced yesterday it opened a whole can of worms and this morning the situation hadn’t improved. When the game was announced Piranha dashed to get the Reddit channel for Transverse up and running and it all looked fine for a few hours or so. It was fine until the Reddit community actually started posting.

Overnight Reddit users started posting their concerns about the project and any comments questioning the game were subsequently removed from the Reddit channel with nearly all posts having been removed by this morning,

With the Transverse channel being controlled by Piranha Games it was obvious they would remove any negative comments from the channel. Reddit users decided to take action into their own hands and contacted the Reddit administrators to look into the problem.

Reddit deemed that the channel was breaking their guidelines and subsequently the Piranha Games accounts, which included the community manager PGI_Niko, were shadow banned. What this means is that these Piranha Games accounts can not post anything without a channel moderator approving the post. Their profile pages are also removed. It’s essentially like being sent to Coventry.

With the removal of Piranha’s control over the Reddit channel it has now been taken over by community members and new moderators are now in place.

The reveal of Transverse has been a complete mess and Piranha have handled the whole announcement terribly. 24 hours in and there are still only 50 backers so it looks like it will take a very long time to fund this with community cash, or Piranha are going to have to find the funds internally.

Developers should take note that this is great example of how not use Reddit.

Update: A post on the MWO forums from the community manager confirms the banning and also includes a copy of their correspondence with Reddit.

You may have heard the amusing news that we have been shadow-banned from Reddit. We’re looking to get the situation fixed as soon as possible.

The issue in question stems from the fact that we had created a sub-reddit for r/Transverse in order to pre-empt any possible recreation of the events which occurred leading to the creation of r/OutreachHPG following the take-over of r/mwo. We also have some indications as to which group of players may be responsible. The shadow-ban did not stop at r/Transverse related staff. All PGI Staff have been banned and will be unable to address any concerns raised by players on OutreachHPG as a result.

Here is the message I have provided to various Admins and Moderators of Reddit.

We kindly request that our accounts be un-banned and our Reddit restored. Your Admins have already been messaged twice regarding these same users performing a take-over of r/mwo, forcing many of our fans to create new sub-reddits. You can refer to that message below:

My name is Nikolai Lubkiewicz, Community Manager for Piranha Games Inc. We have set up the r/Transverse sub-reddit to be an official sub-reddit for our upcoming game. It seems request for ownership has been made by those who already took control of the fan sub-reddit for our other feature game r/mwo, as has been discussed here:https://www.reddit.com/r/mwo/comments/1u7hb2/rmwo_hostile_takeover/ and here https://www.reddit.com/r/mwo/comments/1uvnm0/farewell_rmwo/ The end result of this matter was catastrophic to our Reddit fan-base, resulting in many leaving to set up a new home in https://www.reddit.com/r/OutreachHPG/ We apologize for this matter disturbing you. Please ignore any requests for seizure of this sub-reddit. As we do not wish for it to fall into the hands of the gaming group which now controls r/mwo, one which is also strongly associated with events of player and staff harassment in multiple games.

We have otherwise followed any rules presented regarding the use of Reddit as directed here:https://www.reddit.com/rules/ If an error has been made, please let us know.

Those requesting our r/Transverse Reddit today have also already populated their own reddit here:https://www.reddit.co…ansverseTheGame , where they may behave and moderate as they please. As has been already discussed with your Administrative team, we remain concerned regarding the use of the term “Official” alongside our own trademark on r/mwo in a manner which seems to be used to misdirect many of our new and old players. We hope both these matters are resolved as soon as possible.

Thank you for your time.

Readers of the MWO forums are also being encouraged to express their “concerns” regarding the shadow banning of Piranha staff.

In the event that we are unable to recover our accounts, we will simply ask that players who are keen and interested create their own threads here Requesting /r/Transverse to prevent it from falling into the wrong hands.

If we are unable to have our shadow-bans removed, then we will simply have to say farewell to those accounts. Some individuals on r/mwo have already taught us all too well how easy it is to simply generate a new account. We might return. We might not.

FIFA 15 PC demo: how to extend the half length