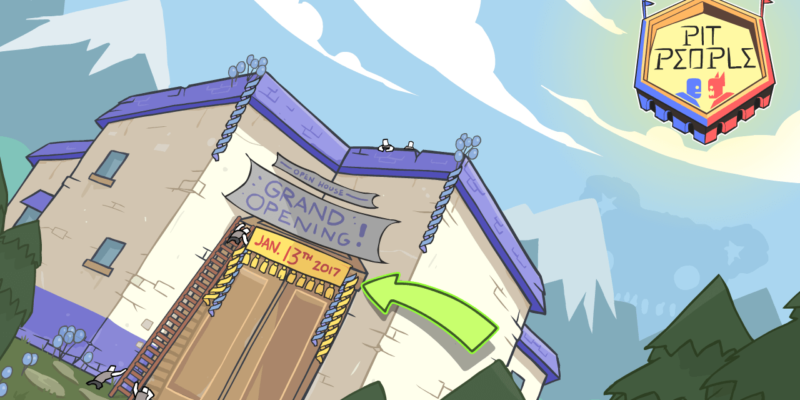 Pit People, the Behemoth’s curious tale of cupcakes and turn-based antics, is coming to Steam Early Access on 13 January. They’re opting to use Early Access because “holding onto the game in its current state just feels weird”.

The Closed Beta (preview here) had a fair amount of stuff to do in it, so if (as it sounds) they’ve expanded even further on that, then the Early Access release should be fairly plump with playable bits. Behemoth’s announcement mentions that there’ll be “several” world maps (which in itself confirms that there are multiple world maps), as well as “a sizeable chunk of the Story mission … quests, Unfair Challenge against the AI, and Versus mode.”

That Versus mode can be 1v1 or 2v2, and the game can also be played in co-op (online and local). During its Early Access period, Pit People will cost $15 rather than its ‘when it’s released’ cost of $20.