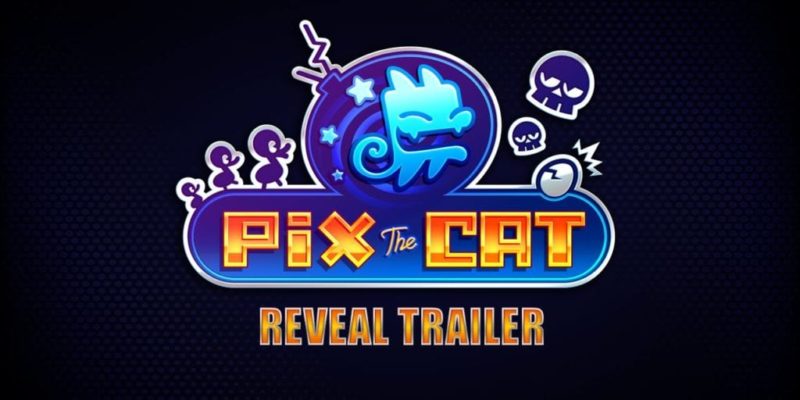 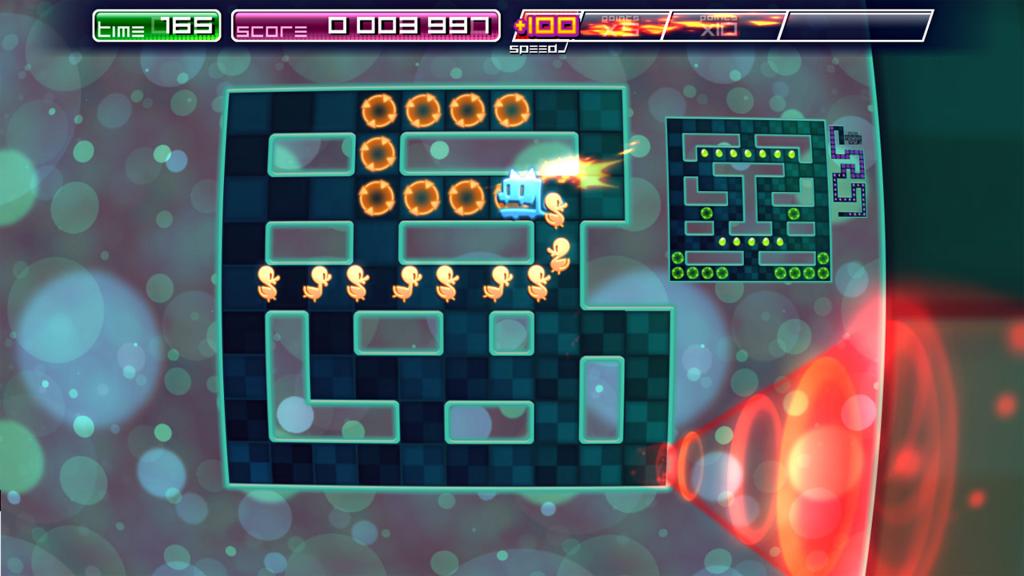 The rather excellent Pix the Cat will be getting a PC release on Steam later this month.

For once, I’m actually happy to vaguely recommend a game before it’s out, because I spent far too long playing Pix the Cat on the PlayStation Vita last year. I mean, I don’t know how the port quality will hold up, but the raw game itself is pretty great.

That “raw game” is a retro-styled mashup of Pac-Man: Championship Edition and Snake. You have to grab eggs scattered around Pac-Man esque mazes, which hatch ducklings that trail you until you take them to their drop-off points. Ideally, you want to pick up all of the eggs in one go, and then drop off all of the ducklings in one go, without trapping yourself in a corner or ramming into any enemies. So, like I said: it’s a bit Pac-Man and a bit Snake, with a big focus on spotting the “perfect” route through each of the levels. With all the ducklings dropped off, you head into the next level to pick up more eggs and drop off more ducklings… and so on and so forth, until you run out of time.

There are also a plethora of unlockable bonus modes which offer twists on those mechanics, like a rather cunning little puzzle mode and a “Nostalgia” mode that looks a lot like an early Disney cartoon. And, apparently, a four-player Arena mode.

You can have a look at the trailer and some screens below, but if it’s not priced too high and if you’re a fan of Pac-Man CE, I’d say it’s worth keeping an eye on. Pix the Cat is due to hit Steam “at the end of January.”