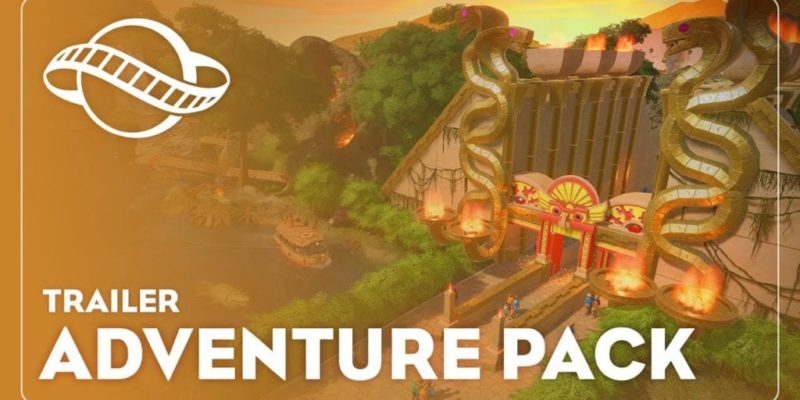 Just in time for the holidays, Frontier has released the new jungle/adventure themed Adventure Pack for Planet Coaster.

The pack does have a price tag of £7.99 ($10.99, €10.99) and comes with a load of new content including new scenery that wouldn’t look out of place in a jungle or ancient Egypt including animatronic beetles, hippos, crocodiles, scorpions, mummies and even treacherous traps.

To make parks more exotic, there are also new building components so players can get creative with their designs. Renee Feu is also the latest entertainer to entertain guests as Queen of the Jungle.

Finally, there are new rides which include the Gold Fever mine cart coaster, a high capacity boat ride called The Island Adventure, and a smaller version called Land Ahoy.

The Adventure Pack can be picked up on Steam.