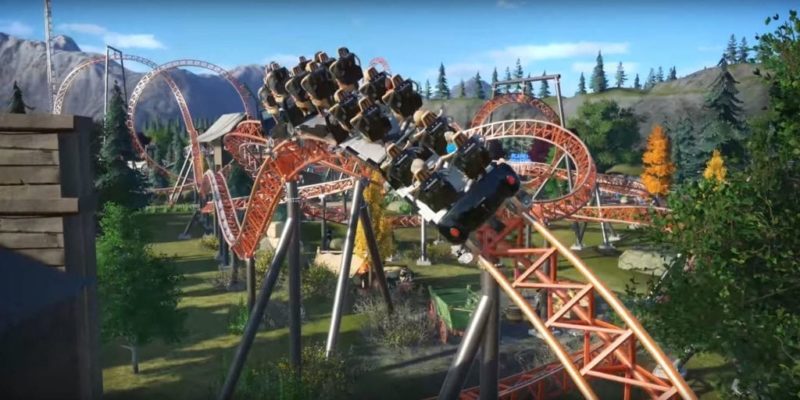 Frontier is currently running a sale over on the Humble Store which has reduced the prices of its games, including the ever-popular Planet Coaster which has received a 55% discount. The studio has been continuously supporting the game since its initial release all the way back in late 2016, and that support has not yet decreased as a brand-new DLC pack is on the way: the Classic Rides Collection.

The new Classic Rides Collection for Planet Coaster will introduce nine new rides and one variant, each being inspired by classic rides from amusement parks all over the world. Frontier has not yet provided specific details as to exactly what these new rides are going to be, but have at least confirmed that more information will be released on April 16, 2019. But, there is at least one other new ride that the studio has revealed: the Copperhead Strike rollercoaster from the real-world park of Carowinds in North Carolina.

Carowinds’ Copperhead Strike rollercoaster is one that was designed with thrill seekers in mind, which even applies to its theme which models its cars after classic American hot rods. The Cooperhead Strike also has a mean list of features, containing a “double launch track layout including an inverted top hat, two loops, a corkscrew, and a unique jojo roll straight out of the station.” This rollercoaster is going to be free as part of a new update to the main Planet Coaster package which will bump the game’s version up to 1.11. This coaster is separate from the other rides that will be a part of the aforementioned Classic Rides Collection DLC.

Here’s a gameplay trailer showing off the Copperhead Strike in action:

If you have yet to pick up the main Planet Coaster game itself, the aforementioned sale is going to be live for the next three days (as of the time of writing – meaning it ends on April 11.)