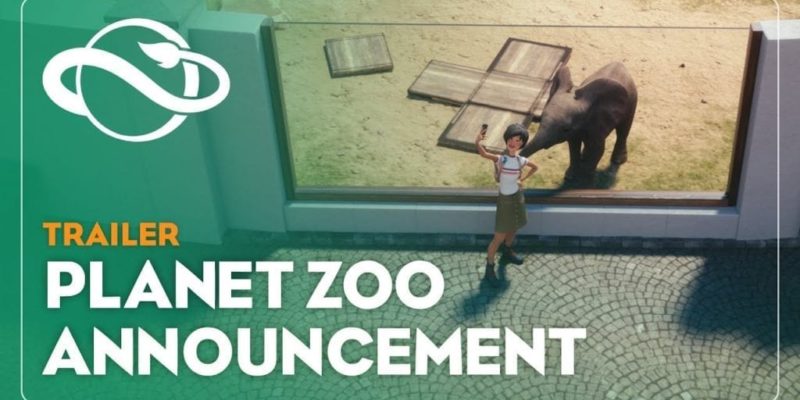 A few days ago a list of upcoming titles and development plans from Frontier was “leaked” and on that list was Planet Zoo. While there was no evidence to suggest the rumours were true,  Planet Zoo was one of the titles mentioned and now it’s been announced.

Frontier is set to build on their success of Planet Coaster with this new zoo management sim which promises “authentic living animals, rich management, and limitless creativity”. Players will be challenged to look after their animals and their environments while attempting to entice visitors and make their zoo an enthralling experience for visitors. There will also be research elements and the ability to release animals back into the wild bringing which makes the concept of a zoo slightly less awful.

“This is the zoo management game we’ve wanted to make for many years,’ said Jonny Watts, Chief Creative Officer of Frontier. ‘We’ve challenged ourselves to build on the games we’ve made before and to carry the great legacy of classics like the Zoo Tycoon series forward. We’re taking everything we’ve learned from our past work and focusing on modern values – incredible authenticity, rich management, limitless creativity and community sharing – to make our best-ever simulation game. We hope you’ll join us when Planet Zoo launches later this year.”

Zoos environments will also be customisable and players will be able to terraform the landscape by digging lakes, raising and lowering the land, and creating tunnels and caves. Like Planet Coaster, much of what’s created can also be shared with the community online.

Planet Zoon is expected to release this autumn for the PC and an official website is now live.

The announcement of Planet Zoo makes the leaked list a few days ago slightly more intriguing as it included other new projects such as Jurassic World 2, Planet Coaster 2, a survival game called Jurassic World Survival, and an RTS called Project Macaroni.