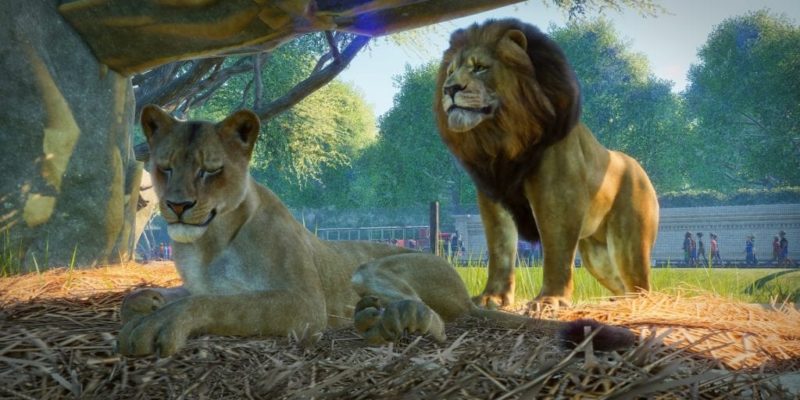 Frontier Developments has announced that it will begin Planet Zoo‘s deluxe edition pre-order beta next week. Running from Sept 24 to Oct 8, the beta will include the first scenario of Career Mode, a sampling of Franchise Mode, as well as obviously-cut-down versions of the buildings, rides, and staff members available.

Career Mode in the game is what you’d expect. You’ll undergo missions to develop a park within certain parameters. It’s something I’ve seen becoming a norm with other management simulators, and I like that it gives players a more structured play style to delve into. Sadly, the less restrictive Sandbox Mode won’t make it into the beta, but Franchise Mode might scratch that itch a little. While the end goal will be to turn your zoo into a franchise, you’ll start from scratch and need to plan out how everything develops to fulfill a specific rating. It sounds like a good mixture of Planet Zoo‘s two more traditional modes.

Curiously, this beta will also feature the ability to create and share different blueprints via the Steam Workshop. Frontier cannot ensure their compatibility with the final release, but that’s some solid incentive to invest time in this beta period. Save files, as well, won’t carry over to the final game, but I can’t imagine anyone would be opposed to starting over from scratch. Some of the best fun in titles like this can come from creating new parks just to see how wrong things can go.

The beta will only be available to players that pre-order the deluxe edition of the game on Steam. As well as early-access, such players will receive the game’s official soundtrack, some wallpapers, and extra animals to place in your zoo. The regular edition will run you $44.99, while the deluxe version will go for $54.99. Planet Zoo will launch on Nov 5.