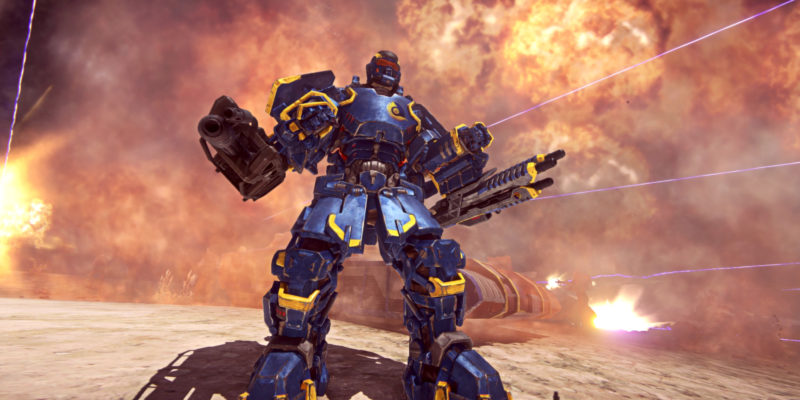 PlanetSide 2 is among the many online communities that continue to support their players with new content rollouts. The latest expansion, titled Escalation, is currently locked in for a February 18 release date, as recently announced by developer Rogue Planet Games. The free-to-play MMO is offering up its additional content to anyone who wants to try it out a few weeks early. Of course, that also means you need to download the game, but hey, it is free.

Plans on the horizon

The biggest question for PlanetSide 2 players is, “What will the new content bring?” For starters, there is a “new GvGvG endgame tournament for dedicated Outfits.” This looks like it will be accompanied by new changes to its meta. For example, Outfits can “craft and deploy resources like Bastion Fleet Carriers, Citadel Shields, and Steel Rain drop pod assaults.”

To assist in shepherding in new PlanetSide 2 players (presumably for the open beta) a new “cross-empire social hub” will help with greeting newcomers, as there is a new, dynamic tutorial zone.

The band marches on

For those who don’t know, PlanetSide 2 started back in 2012. According to the game’s Steam charts, there’s been a steady flow of around 1,000 players currently moving through the ranks as of January 2020. That said, there were a couple of days during the month where the count dropped as low as 200, while highs hit around the 2,000 mark.

If this is something you and your squad are gearing up for, then you have a few important things to check out. The Escalation content will launch on the PlanetSide 2 test servers on February 6 at 5:00 p.m. PT. More information on the game and the upcoming event can be found on its official Steam page. To figure out if your PC can handle the off-world shooter, check out the system requirements below. For a first look, you can check out the PlanetSide 2 Twitch page for a developer live stream today, February 6, at 2:00 p.m. PT.

Metro Exodus set to finally launch on Steam next week