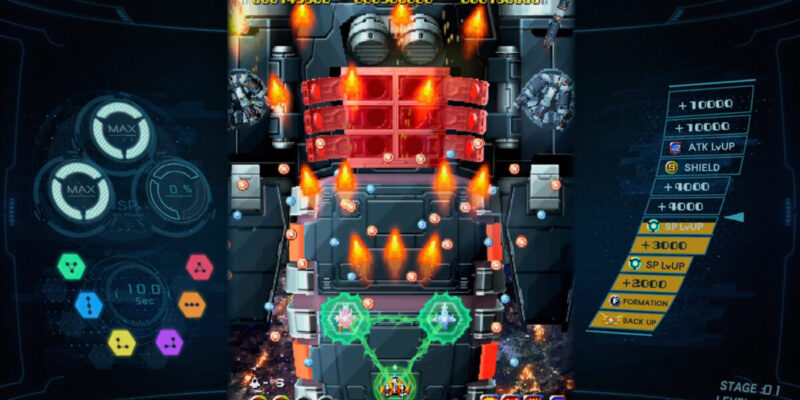 Sol Cresta, PlatinumGames’ upcoming sequel to the 1980s shoot-’em-ups Moon Cresta and Terra Cresta, has had quite an interesting history. Originally intended as an April Fools joke, fans’ interest in the idea eventually led to PlatinumGames announcing that Sol Cresta will indeed come to modern platforms as an official release.

This bit of trivia alone may pique interest in the game, plus the collection of energetic trailers that PlatinumGames posted online. Unfortunately, though, it has indefinitely delayed Sol Cresta from its initial December 2021 release window. Those interested may have to wait quite a while before trying it out.

Famed director Hideki Kamiya announced the delay in a recent YouTube live stream, amusingly dubbed the “Very Sorry Stream.” The director cited several factors that contributed to Sol Cresta’s delay, including a change in scope, as well as issues regarding scheduling and quality assurance. Midway through, a colleague of Kamiya read a weirdly melodramatic letter from what may or may not be a fan of Kamiya’s work, who supposedly expressed heartbreak over Sol Cresta’s delay much like they did when Viewtiful Joe, another one of Kamiya’s games, received a delay. This letter seemed like an elaborate joke much like Sol Cresta itself initially was, especially since the translator had a somewhat theatrical tone when he said, “Why do game releases get delayed?”

Regardless of the somewhat tongue-in-cheek tone of the stream, the fact that PlatinumGames has delayed Sol Cresta likely disappoints the developers as much as it may disappoint some fans. But much like most other game delays, the postponement of Sol Cresta’s release grants developers the opportunity to make the game that much more polished and fun. Hopefully, by the time Sol Cresta finally releases, that extra time spent in development will ultimately pay off.