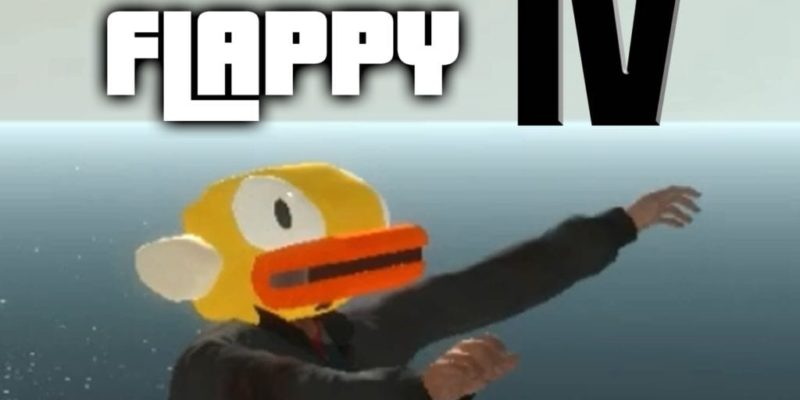 GTA V on the PC is still not out and Flappy Bird has gone forever. There’s been numerous copies of Flappy Bird released, usually with names like Flippy Bird or Floppy Bird, but it’s just not the same. Here’s an idea, why not combine GTA with Flappy Bird and release it as a mod?

If you’re hankering for either of these games on the PC, then why not try the new GTA IV Flappy Bird mod? Simply pull on the bird mask, take to the skies and flap like a loon. There’s a Flappy Bird scoring system included and face plant action is almost guaranteed as you dodge around obstacles.

As of writing the mod has not been released but the plan is to unleash it on the world today according to GTA modder JulioNIB. If you want to try the mod, keep an eye on the download page this evening and hopefully it will be added to his repository of mod creations.

A couple of videos of the mod in action were released this morning to demonstrate exactly how it works. Be warned, these contain arm flapping, rocket dodging and nasty looking falls.

Path of Exile Sacrifice of the Vaal details revealed