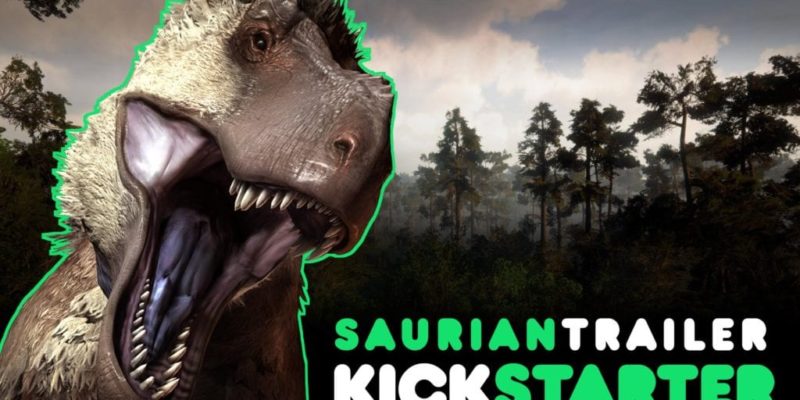 You’re never more than about three clicks away from another open world survival title on Steam, maybe even one featuring dinosaurs; but Saurian is one of the few that’ll actually cast you as the dinosaur.

The game is being pitched on Kickstarter by self-confessed “lifelong dinosaur enthusiasts,” who’ve co-ordinated and consulted with paleontologists and other experts in the field to make sure the title is suitably scientifically rigorous. Their intent is make an enjoyable, open world dinosaur game, but also one which is informed by “fossil evidence [and] peer reviewed science.”

Saurian’s stated funding goal of $55,000 USD has been met today (at the time of writing it’s on about $66,000), which means the team will now be able to “push Saurian’s development to the point that we will be ready for a Steam Early Access release.” The game has been in development for three years prior to this funding drive, and the stated minimum features for an Early Access launch are summarised as follows.

The intent from that point is for further funding generated from the Early Access release to go towards completing the game. Ultimately, four playable dinosaurs are planned, as shown in the Kickstarter video below.

Battleborn price plummets by 40%. Is the game in trouble already?