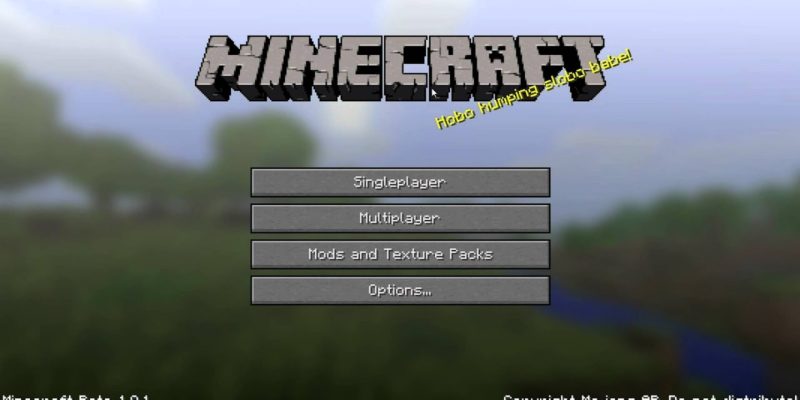 After almost a decade, Minecraft players have discovered the seed for the title screen’s panorama background. The background panorama is a recognizable feature amongst all gamers and was in the game from version 1.8 to 1.13. Where the title screen originated from has been a huge mystery for multiple years. A world seed is a series of numbers that generates a unique Minecraft world. However, it is possible for a world to have similar features, meaning they can have more than one seed. In this case, a total of two seeds were found and both of them are said to work.

The specific details on how to access this Minecraft world were submitted on Reddit. A group of avid Minecraft fans were able to discover this server through the Minecraft@Home feature. This uses volunteers’ idle computers in order to conduct research. Minecraft@Home was able to check a huge amount of worlds to find similarities between them and the title screen. Surprisingly, it only took just over a month for the details of the world to be found as the project started on June 14.

Also, the Redditor, Tomlacko, posted a brief summary of what led him to the remarkable discovery. Firstly, he completed research surrounding the panorama and the world. This included researching its world axis and Z coordinates using cloud formations. Then, he proceeded to share his findings on Discord, with other users working on a similar project. He stated that it took approximately 93 days of processing time at 54.5exaFLOPs. In addition, this was all compressed into a 24 hour period.

The comments on the Reddit post appear to praise everyone involved for making the discovery. Now, there is no doubt that Minecraft fans will use this seed and the background panorama will be an extremely popular world. If you have not already, why not explore it yourself?