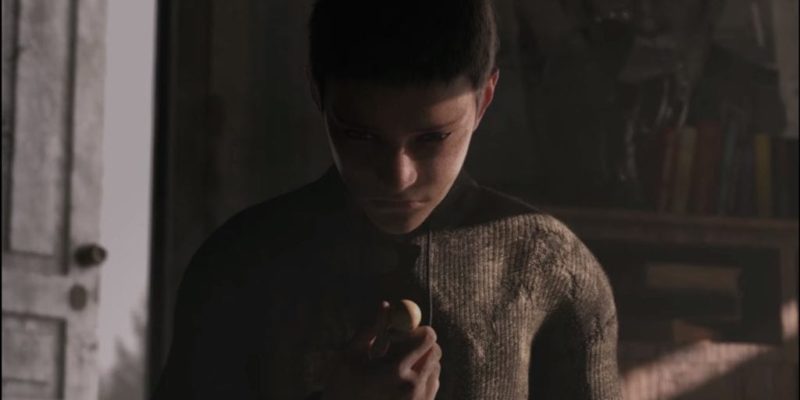 PlayerUnknown’s Battlegrounds didn’t invent the battle royale concept. It wasn’t even the first game to have the mode in it. But it was the first game to solidify the game type into its own genre, spawning multiple competitors and creating one of the most lucrative phenomena in recent memory. You can’t throw a rock without finding someone playing a battle royale game, and PUBG is among the kings of the genre.

Now that PUBG is entering its fourth competitive season, it’s adding something that most of its contemporaries lack: a story. The newest teaser trailer reveals this, and it contains one part Battle Royale (the 2000 movie that inspired all of this) and another part SAW.

The teaser trailer opens in 1965. A boy stands along the shores of his home island. His older self narrates his motives. He saw his homeland bombed and the people killed. As the lone survivor, he found the resolve to live in the face of death. Now he’s going full Jigsaw and forcing 100 people to fight it out to the death in order to find themselves.

If all that isn’t crazy enough for you, the trailer also shows that this old man has set up heretofore unknown cameras all around the island and is watching them. It’s unclear if he is broadcasting this out or simply monitoring the players himself. Also unclear is how he is getting anyone to show up to have a single battle royale, let alone getting enough people to participate in as many of these as are played daily.

The biggest question for me is that, since PUBG features outfits from the movie Battle Royale, does that mean the movie is canon within the universe? Like, did this dude watch the movie and then say, “you know what, I could do that” and just copy it like he was writing The Hunger Games? I’m guessing that the game won’t ever address this, but a boy can dream.

As they try to change their worlds

In order to bolster the launch of this new story, PlayerUnknown’s Battlegrounds will also update the Erangel map. According to the latest patch notes for the test server, a new visual update will soon sweep through to bring the map more in line with its new history. Buildings have been changed and old scars from the past are now reflected across the terrain. None of these changes should affect a veteran player’s map knowledge too much, but it does look nice!

The rest of the 4.1 patch introduces a slew of balance changes, all of which you can read about in the patch notes. This is all still contained to the test server, so expect a few tweaks before it goes live on the main server. PUBG‘s season 4 battle pass, dubbed ‘AFTERMATH’, will begin on July 23 and run for 12 weeks to October 15. This also brings in a new cooperative mission system so you and your squad can work together to earn rewards.

Additionally, you’ll now be able to swap out up to three daily missions per day for free. And if you manage to knock out all three dailies, you can spend 1500BP to roll a fresh set on the spot. These changes are all live on the test server as of today, so you can go and see how the world of PlayerUnknown’s Battlegrounds has shifted now.