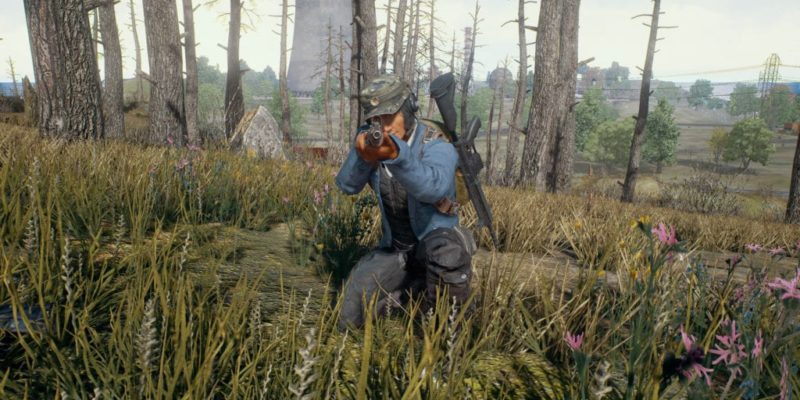 Okay, I don’t think we’ve ever written about PlayerUnknown’s Battlegrounds before, so forgive me if you know about this stuff already. But! PlayerUnknown just popped up on the PC Gaming Show to talk about what’s coming to the game soon.

So, last month’s patches apparently focused on client performance, while this month is all about server stability. That’ll be nice.

That’s probably slightly less exciting than all the actual new features coming, though. 3D replays, for instance, will let you watch your matches back with a free camera and slow-motion and all sorts of other fanciness. A dynamic climbing/vaulting system is being added, letting you leap over fences or clamber onto ruined vehicles. There’s a weather system forthcoming, adding rain and fog and sunset, each of which will change the atmosphere and will probably also screw with things like view distance. A new weapon – the OTs Groza – is being added.

In terms of “a bit later”, we’ll also be seeing two new maps. One, set in Peru, will be a desert map with ruined cities and sandstorms; another is in the Adriatic and will feature a ruined cosmodrome and snowfall.

In terms of very long term, the eventual goal with PlayerUnknown’s Battlegrounds is to make it a stable platform in general. Modding will be a thing, later, which will hopefully turn PUBG into something that will support all sorts of game modes and other possibilities.

PlayerUnknown’s Battlegrounds is out now, in Early Access, and I’m probably going to have to buy it so I can write about it in future.

Wreckfest Will Arrive This Year