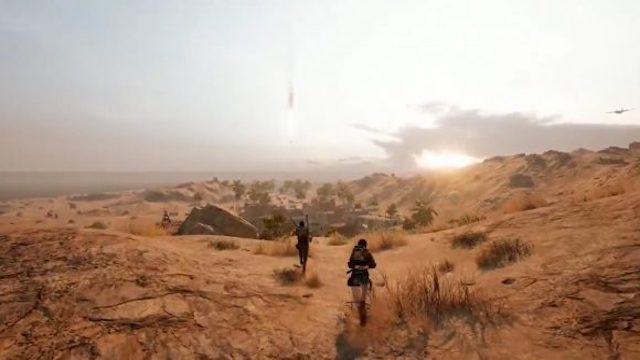 The team at PUBG Corp has been keeping steady on updating the maps in the hit battle royale game PlayerUnknown’s Battlegrounds (PUBG). And now it appears a new one is on the way. Today, the developer confirmed that a new map called Karakin will make its way to the game, though perhaps at the temporary expense of Vikendi.

What does Karakin have to offer?

Early details suggest that the map will take place in either the Middle East or North Africa. It appears to be a desert-based map, with the possibility of small villages somewhere within the mountains. This should give you not only room to run around on the surface, but also possibilities in hidden caverns. On top of that, early suggestions and rumors indicate it’ll be a 2×2 location — and include a new feature that will destroy all buildings within a “Black Zone.”

But there’s an interesting switch here. Once Karakin makes its debut, the team confirmed that the classic Vikendi map will go away — but not forever.

In a tweet, PUBG community manager “Hawkinz” confirmed this news: Once season 6 begins, the map “will be rotating out.” That said, it’s “not permanently,” which means it could make its way back into rotation soon. And it will still be available in custom matches. More details should be ready as soon as the next season goes live, which should be relatively soon.

On top of that, the new update will also bring additional features to the table. These aren’t highly detailed yet, but there’s word that it could allegedly include the introduction of destructible environments. That ties in nicely with the “Black Zone” rumors. Also, C4 could leave a pretty big bang for certain players that prefer to use it.

We’ll find out more information when it’s available. But get ready, PUBG players. You’ve got some new terrain coming in.

Kunai carves out its sentient tablet warrior legacy this February