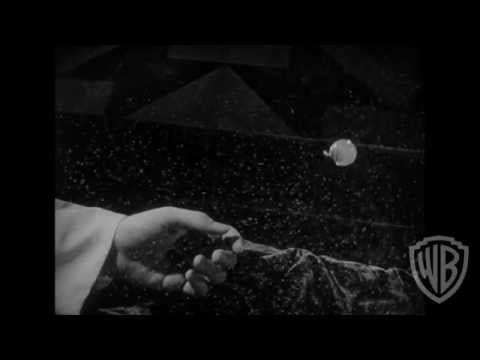 This is the second article in a series of articles looking at video games as art. The first article, on why the debate matters, can be found here.

Consider Fallout. Any Fallout will do.

Whether you played the original Infinity Engine games, or have only forayed into the three-dimensional worlds of Fallout 3 and Fallout: New Vegas, the experience is similar. You’re given a vast, desolate, overwhelmingly realized post-apocalyptic world to explore. And while a number of tasks of varying importance are thrust upon you to help to guide your path through it, you are at your leisure to ignore them entirely and set out to navigate the world on your own.

There are sometimes entire regions of these worlds you never need to visit, each with complex characters, a contained narrative, dungeons, items, and buildings all carefully laid out for you to discover. Or to not discover. There are dialogue options that open new paths, encounters that can be approached in different ways, and an endless supply of customization options.

The Fallout games are, to coin a phrase, open-world games. There is a world, and it is open to you. The player’s ability to choose where they go and what they do modifies every minute of play. No two players will have exactly the same experience.

So how, then, can video games be an artistic medium if the experience can’t be controlled by the creators– by the artists? Everyone sees the same scenes play out in a movie, sees the same brushstrokes in a painting, and hears the same progression of notes in a song. The artist has control of the experience in those well-established artistic media, so how can video games hope to be the same? How can the creator’s vision break through the variability introduced by the player?

This is one of those oft-raised points against the possibility of video games being considered art. Roger Ebert identified it as one his primary contentions against the notion. Game designer Brian Moriarty stated that art needed to overcome individual desires and free will, to stop time for the audience in contemplation. He stated that this was impossible in games since the choice inherent in games is the very expression of those desires and that free will.

Therefore, in a world of choice, how can a player both experience the artist’s vision and contemplate the work free of desires and free will?

The answer, of course, is to simply contemplate it, as with any other work of art.

Take the movie Citizen Kane. If there’s one movie that’s widely considered to be art, this would almost certainly be the one. But if you watch Citizen Kane in a movie theatre, you’ll likely notice that the movie doesn’t stop for you to contemplate it. If you sit there in the dark contemplating the light and sound before you as lenses clarifying your own existence, you’ll likely miss the next line of dialogue and render your experience incomplete. Even if you somehow manage to both watch and contemplate the movie simultaneously, the movie cannot be said to have fully been experienced until you’ve seen its end. It would be difficult to regard the movie as art if you left half-way through. After all, the final line is fairly important. True contemplation can only occur after its end.

Games are similar. The actual experience of playing the game may not elicit the response that would qualify them art. But afterwards, in complete contemplation of the experience, that sublime understanding can be realized when all the aspects of the game are taken together. That is the moment in which the game can rise to the level of art.

The fact that each person’s experience of a game like Fallout will be different also cannot denigrate from its worthiness as art if the designers understood their medium. Indeed, it can enhance it. After all, the creators designed not only each section of the game through which it is possible to play, but also chose exactly the scope of the freedoms available to you. As we’ll discuss more in a future article, those limitations are in themselves a form of expression. Rules and mechanics may be as expressive as any stroke of the brush or word on the page. Indeed, a number of games have already explicitly used the availability or limitation of choice in the game as a core theme, including BioShock, Spec Ops: The Line, and The Stanley Parable, to name just a few.

BioShock is largely a commentary on the illusion of choice

The creators intended you to play the game. That is the mechanism of experience. A novelist intends you to read the book beginning to end, a director to sit and watch the movie all the way through, a sculptor (hopefully) to view the work from any and all angles. The works are created to maximize their artistry when observed through this mode of experience. And a good game developer will do the same thing with the interactive medium. There are things that can be said through rules imposed on the player in an interactive experience that cannot be said through film or literature or visual art. And there are ways of saying them in mechanics that cannot be found in other media.

After all, it says a lot that you can peacefully solve most conflicts in the early Fallout games, or choose to go in guns blazing. Sometimes it’s easier one way, and sometimes it’s easier the other. Sometimes the consequences don’t correlate to the morality or difficulty of that choice. Sometimes the choice makes you question your own morality. Sometimes the choices are overwhelming, or choices you wish you had aren’t available. This is all willful expression. It all says something about our world even though it doesn’t take place in our world. It expresses something in a way no other medium can by potentially exploring multiple sides of choices, in the same way you can explore multiple sides of a sculpture. Certainly, no medium can explore the concept of choice and free will better than games.

Rules and mechanics and the ability to sometimes “win” a game don’t detract from its expressive potential. If used correctly, they add to it. After all, the designers choose what constitutes winning. There’s a lot to unpack even in that.

So why can’t my games be fun while I play them? And on later reflection, after I’ve put down the controller, why can’t I find that expression to be sublime?