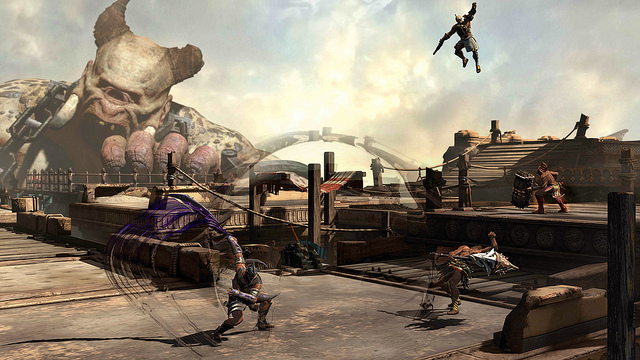 Further proof that videogames should be banned from using the word “epic” until at least 2016 can be found in the new trailer for God of War: Ascension’s multiplayer portion (below). Come on guys, there are plenty of other synonyms left that could do the job. How about “illustrious” or “eminent”? All it takes is a trip to a nearby thesaurus site.

If you’re eager to find out just how dramatic the multiplayer side of Ascension may or may not be, you’d better be a PlayStation Plus member. Those chaps will be getting first access to the forthcoming beta, which is said to be due “in the near future”. At the moment, that’s the only publicised way to get in, although Sony do hint that other “secret inroads” may be available as well.

God of War: Ascension is coming to PlayStation 3 next March. Watch the trailer and dodge the buzzwords, below.