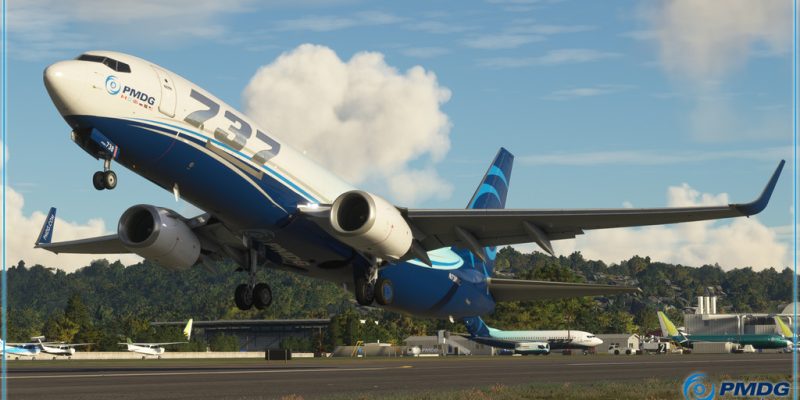 At long last, PMDG has rolled out the Boeing 737-800 for Microsoft Flight Simulator. As the most popular variant in the 737NG family, this edition of the iconic jet comes in eight variants for the sim, but prepare to pay up for it.

It’s true, PMDG is charging $69.99 USD for this new bird. This is the same price as what the -700 launched for a few months ago, but we’ll touch more on that later.

One -800 for seventy-five bucks

As another member of the 737NG line, the -800 features the same powerplant as its two sister ships that PMDG previously released for the sim, the -600 and -700. That said, as the second-largest variant in the family, the -800 flies just a tad bit differently than her aforementioned sisters.

The -800 climbs a bit slower and even slows down at a lower rate than the other 737NGs. So her flight parameters will take some getting used to when switching back and forth between the types. 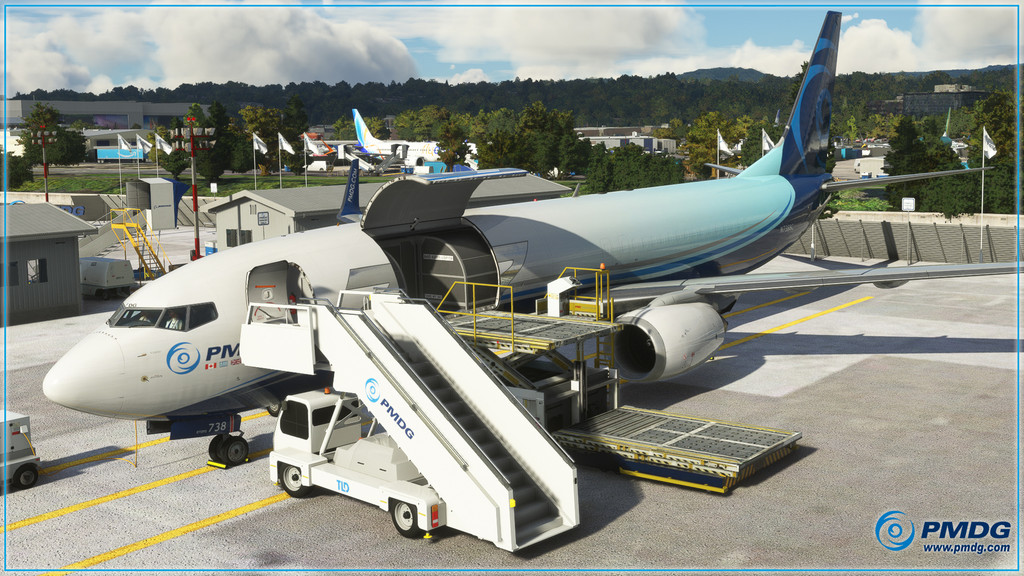 With eight different variations included in PMDGs package, each has its own unique quirks due to different makeups. Really, there are only four variants but with specific loadouts, much like the 737-700.

There’s the standard passenger variant that features regular winglets and split scimitars. Then there’s the BBJ (Boeing Business Jet) model, with the same two layouts. Finally, there’s the BDSF and BCF freighter models, which are built a little differently than Boeing’s original. Each model features an authentic version of the appropriate cockpit and cabin interior to match. 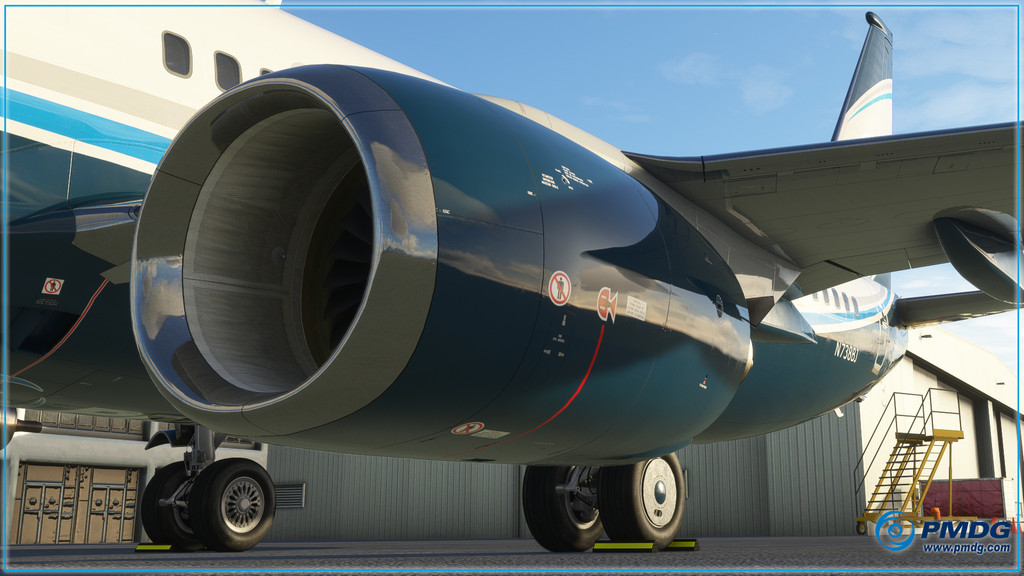 Beyond this, the 737-800 retains other signature features, such as richly-detailed textures, an advanced suite of avionics and realistic flight behavior simulation, and more. If you’ve tried out either the 737-600 or 737-700, you should have a good idea what to expect. PMDG has yet to finish the EFB (Electronic Flight Bag) that was expected to release as a family-wide update, but the team still expects it to be done by the time summer ends.

On that note, what benefit is there to getting the 737-800 over the two other 737NGs that have been released so far?

While this is the most popular variant of the 737NG family in the real-world, the 737-800 in Microsoft Flight Simulator doesn’t have anything that makes it inherently better than either the -600 or -700. In fact, if you have the -700, then you’d be hard-pressed to find a legitimate reason to add this one to your collection.

These two aircraft are very similar, and only the most hardcore simmers or pilots would be able to distinguish the true differences in flight behavior. According to PMDG, it’s noticeable either way. But in terms of one offering a “richer” experience, that’s something that only an expert can say for sure.

For the average Joe, which still makes up the majority of the community, either one will suffice. The -600 is the easiest to distinguish due to its significantly smaller size, causing it to fly a little faster. It also sports a significantly longer range. That said, it’s the least-popular model in real life. So, for realism sake, slapping most liveries on it would make it mostly fictitious and potentially break the immersion factor for some of the more die-hard simmers.

By-and-large, the tossup between the three really boils down to a matter of taste and budget. A lot of people pounced on the 737-700 because it was hotly-anticipated, and they didn’t want to wait (myself included). The 737-600 costs a mere $34.99 USD, making it far less of an impulse buy for those who are curious, even if they already own either the -700 or -800.

Really, the fact that the -700 launched first and satiated much of the appetite surrounding the market for a high-quality airliner may inevitably make the -800 the slightly less popular option in Microsoft Flight Simulator. While demand caused PMDG’s servers to crash during the launch of the -700, the -600, and now the -800, have released without fault or fanfare.

All things considered, if you want a truly distinguishable experience, then perhaps wait for the -900 (the largest of the 737NG line), or the 737 MAX series (whenever PMDG gets around to producing it). Beyond this, the studio is making the 737s larger sisters, such as the 777. This, of course, will offer a completely different flying experience as it is a completely different category of airliner.

Truth be told, despite the 737 collection being quite expensive, the pricing is still more fair than PMDG’s releases for past sims.

Thus, this segmented approach of releasing each variant as a standalone version in Microsoft Flight Simulator with different models included feels more fair for the customers. True, it’s still an expensive endeavor to buy each of them altogether, but the choice to do so is left up to the consumer.

Here, everyone gets to decide which “flavor” of the 737 best suites them and can choose to just stick to only that without fuss. Again, these are all essentially slightly altered versions of the same airframe, but this is the case in the real world too. So there’s no definitive reason to own each of them aside from completionism. After all, even airlines pick one model over the other for the sake of economics.

That said, this move by PMDG has still sparked some controversy among some in the community due to them wishing there was some discount put in place for those who at least own the -700 and want to “upgrade” to the -800. PMDG has never said it would take this route, but the expectation was still there.

Is this greed? Well, considering the time dedicated to finishing each variation, looking at it from that perspective makes such a conclusion seem like a stretch. Payware add-ons need to generate a profit, which  is why they cost either as much or more than the actual simulators they’re for.