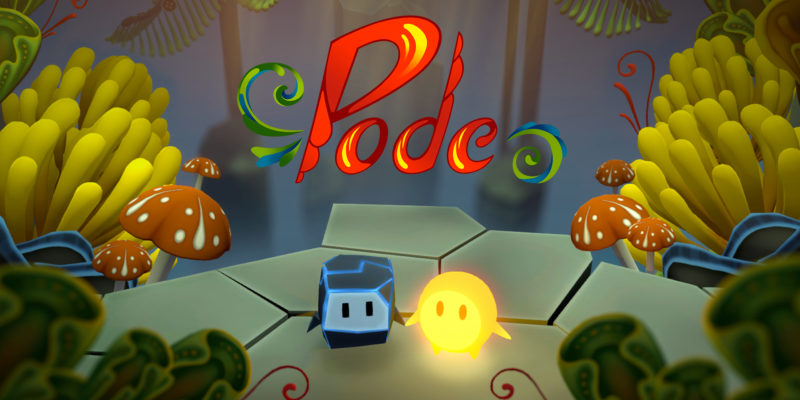 In Pode you (and a second player, if you prefer) play Bulder and Glo, a rock and a star, respectively. After Glo falls from the sky, Bulder helps them reach the top of the nearby Mount Fjellheim. As they do so, their friendship grows — and with it, the power to revive the ruins of a lost civilization within the labyrinth of caves. If you’re a sucker for cooperative gameplay, adorable anthropomorphism, and puzzling mysteries, Pode may well be the game for you.

As familiar as this kind of “love conquers all” narrative is, at no point did it become trite. It is impressive, in fact, that the game manages to do so much using inanimate objects. While the story is simple, the art style provokes the player’s imagination to fill in the blanks. The designers took inspiration from Norweigan scenery and art, such as the silver jewelry worn with a bunad. 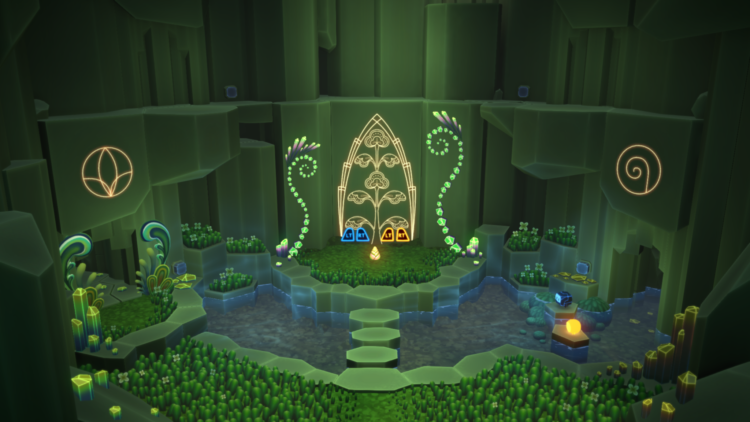 The result is captivating. One of the best features of the game is discovering the next “light mural,” each of which is impressively detailed and unique. Some of these double as clues to the puzzle at hand, so be sure to look closely! Others are merely decorative, or evidence of the mysterious community that once lived in the spaces the characters find themselves in. Either way, it’s worth finding all of them, not only for the achievement doing so provides, but also to appreciate the craftsmanship itself.

One of the puzzles that really depends on your attention to the light murals (and hits the challenge-rating sweet spot) involves Glo lighting up chords on a chart while Bulder plays the keys of a large organ. While you don’t have to be a musician to read the chart, you do need to decipher the manner in which the chart is read, which can be tricky. Puzzles requiring this kind of focus from you is really what makes Pode‘s meditative quality shine.

Pode mimics aspects of other favorite couch co-op games, like Never Alone or Lovers in a Dangerous Spacetime — distinct character skills that provoke player communication. Some puzzles were more “Bulder-heavy” than others, which may leave the second player twiddling their thumbs for a beat. On the whole, however, Pode is consistent. The puzzles are challenging enough to require team-thought throughout. In one area, Glo and Bulder are split up, requiring players to navigate obstacles divided by a wall or chasm. This introduced a compelling spatial challenge, demonstrating new opportunities for cooperative play. 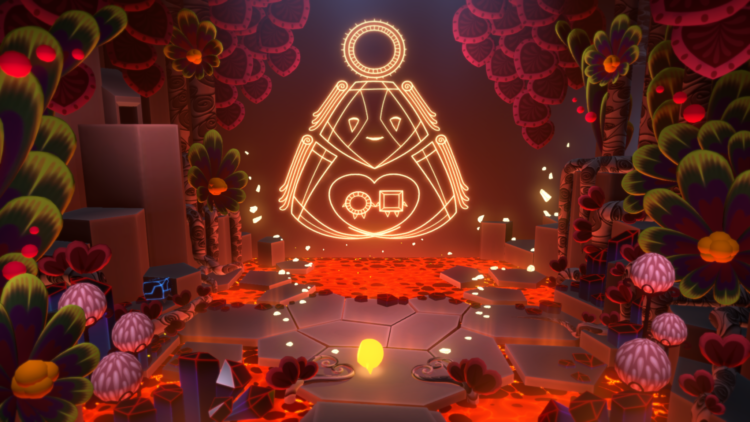 Seeing how Glo and Bulder can flesh-out the level’s scenery with flora and crystals is also a nice touch. Watching Glo shine, promoting growth in empty plots of dirt, wasn’t all that surprising. Seeing Bulder suddenly sprout decorative crystals from cave walls, however, was much more unexpected. I liked this presentation of contrasting forms of beauty and growth. It’s also yet another example of the celebration of the Norweigan landscape.

These abilities also provide an activity for the currently-less-needed player while the other moves blocks and lilypads. Sometimes these decorations serve a strategic purpose as well: the plants and geoformations can frame doors or cover areas not meant to be puzzled out. This process of elimination is particularly helpful in some of the trickier stages that span a larger area.

Stuck between a rock and a hard place

While there are many things to love about Pode, it has its flaws. Some cooperative mechanics are poorly introduced, such as the pair’s “flashlight” ability, which lets Bulder focus Glo’s light into a longer, stronger beam. While the element of discovery is most welcome, some levels don’t build to the next very well, which can leave you frustrated. The areas in the dark where you depend on Glo for their light are particularly difficult in this case. Another section requires you to build a bridge with light, but with no example or precedent set beforehand. 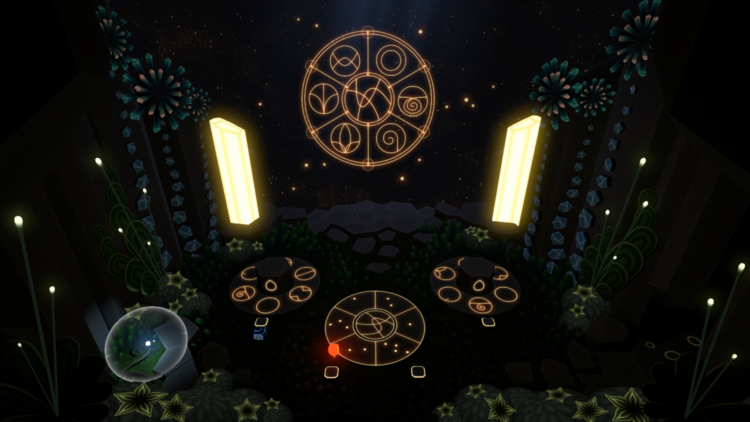 There are also moments where the screen privileges one character over another, usually Bulder. This becomes particularly irritating with cooperative play. Player one may want to investigate one area of a large stage, while player two wants to experiment with another. If the former decides to leave without communicating, the latter may suddenly find themselves unable to see what they were working on.

There are also times where a player may fall off of the side of a platform. While this doesn’t result in the death of the character, it does pop them back to another area of the map. This is not always near the other character, though, forcing the recently fallen companion to make their way back blindly.

Despite its flaws, Pode is an enjoyable, manageable experience for all levels of players. With the added benefit of both single-player or cooperative modes, players can tackle the game out one stage at a time, or invest an afternoon for a four- to five-hour gaming session. Add in the memorable animations of the main characters (and some pretty expressive chirps and grunts), and Pode is sure to please all who choose to unlock its charming mysteries. 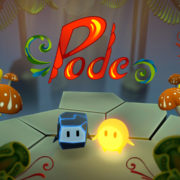 Pode offers some enjoyable puzzles solved with unique cooperative gameplay in a journey that's as heartwarming as it is challenging.

Ashley Mowers
Ashley is the former Artist in Residence for St. Mary's College at the University of St. Andrews. She co-hosts The Min/Max Podcast with her husband, Allen, and their mutual friend Kyle, where they discuss all things nerd culture and theology.