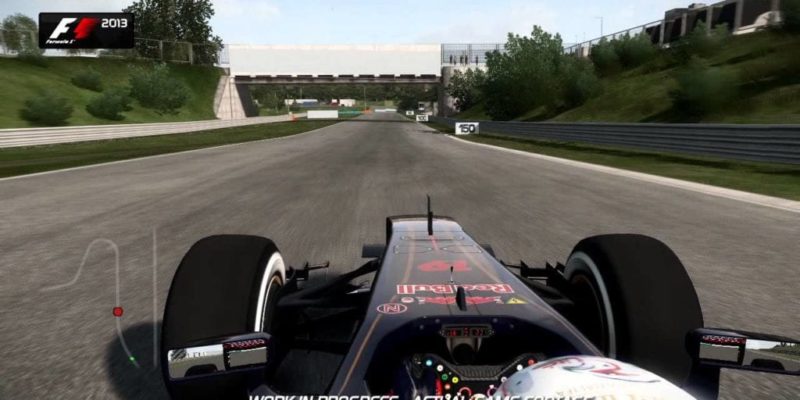 Codemasters’ latest title seeking to capture the raw excitement of absurdly fast cars going around and around a circuit, F1 2013, is due out on 4 October.

People who actually know things about Formula 1 will know that this announcement comes just before a race on the Hungaroring circuit this weekend, so in celebration, Codies have released a video showing off a Hungaroring lap using “work-in-progress in-game footage.” The video is narrated by Anthony Davidson, “former Formula One driver and technical consultant on F1 2013,” who will tell you exactly how to do your best on that particular track.

But that’s not all! Codies also told us that you can buy the game both as standard, or as the F1 2013: Classic Edition, which will offer a pair of DLC packs – 1990s Content, and Classic Tracks.

F1 2013‘s biggest feature, other than updates to the roster for the 2013 season, is a mode called F1 Classics. Introduced by Murray Walker, this lets players take part in a fictional racing series made up of cars, drivers, and circuits from the 1980s. Fear not: if you’re afraid of AI, the mode is also available in multiplayer.

By Lauren Sayles54 seconds ago
News