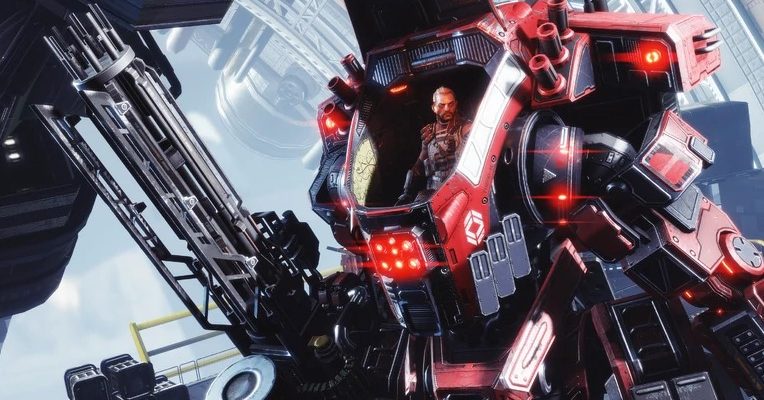 Apex Legends is part of the Titanfall universe, and includes many features from developer Respawn Entertainment’s beloved shooter series. However, the two games never shared what made Titanfall so grand: the Titans. Once, the development team did explore initial ideas of including Titans in the battle royale. Unfortunately, they didn’t fit into the action envisioned by Respawn. However, if new data uncovered by dataminer Biast12 is anything to go by, Apex Legends is able to get a healthy dose of Titanfall soon.

Biast12, who also uncovered the arrival of Season 7’s Horizon, has revealed new gameplay footage of Blisk. The new character just so happens to have an ultimate called “Standby for Titanfall.” It enables Blisk to summon an Auto-Titan to suppress enemies in an area.

While it is not the same as controlling a rideable mech-style robot, it is still something to link both Apex Legends and Titanfall more overtly. The Auto-Titan will be helpful to aid Blisk in the heat of battle, before disappearing again.

That is not the only connection between the games. Blisk is also able to wall run thanks to his pilot kit. The new character can also hack Survey Beacons using his Data Knife, or create a damaging zone powered by the Arena’s Ring. 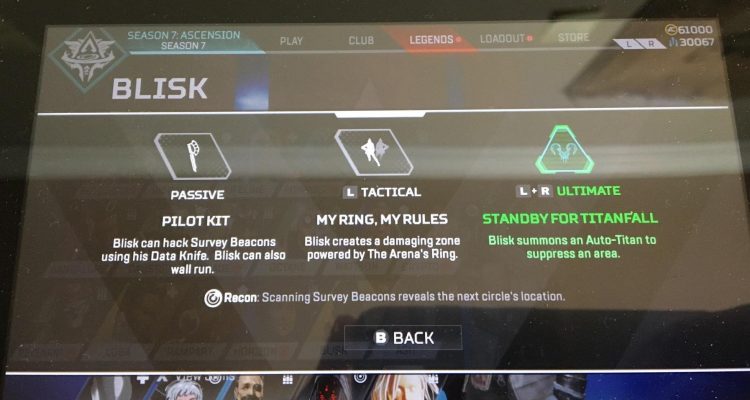 As part of the Apex Legends lore, Kuben Blisk is the commissioner of the Apex Games, and a villain in the Titanfall games. The South African mercenary was the head of the Apex Predators under the Interstellar Manufacturing Corporation.

The community has been crying out for the Titans to make an appearance. The way Blisk’s ultimate works would be exactly how they can be added without being overpowered. Fans would certainly love the connection, but nothing is quite official just yet. But it is not unlike Respawn to throw everyone off the scent with an elaborate scheme. After all, April 1 is just around the corner.